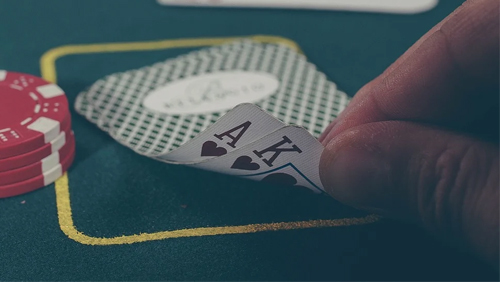 Monday morning is tough for some, but if you can rise above the hardship of another week at work, then there will soon be time for poker.

If that’s the case and you have enjoyed our seven quotes from modern poker legends, then you might fancy taking it old school to inspire your session at the felt.

Let’s take it right back and start with the ‘Godfather of Poker’.

This is so true – think about the best you ever played when sitting down at the poker table. Did you win? Of course. Now you may not have done so in a cowboy hat while spouting gold like ‘Texas Dolly’ did two years in a row in the mid 1970’s to win back-to-back World Championships, but he’s proof that if you are on a mission, there’s nothing you can’t achieve.

Once chastised by his good lady wife for giving his opponent 35% of a chance, our next poker legend is Phil ‘The Poker Brat’ Hellmuth. Less bratty these days but just as successful, Vegas resident Hellmuth has won 15 bracelets at the World Series of Poker, a record no-one even gets close to, with Doyle Brunson and Johnny Chan way back in second spot with 10 bracelets. Both of them have effectively retired from the long haul in terms of pushing for more too. Never change, Phil.

If there’s a more Phil Ivey quite out there, we haven’t read it. No-one wins like Phil Ivey. Sure, there are a dozen or so active players who have won more in tournaments, but Ivey has been creaming millions off the Macau cash game circuit for years, give the guy a break. Or don’t, because he likely doesn’t care. Ivey is out on his own in so many ways, but it may be a history of player testimonies that eventually proclaims him to be the best player who ever looked down at two hole cards and looked up into the soul of the player opposite him. There’s no greater praise than your peers.

Living the poker dream for nigh on 20 years now, ‘Kid Poker’ has always faced up to the action and demanded more. During his recent battle with Doug Polk, Negreanu has adapted brilliantly to the demands of another player’s specialist area, currently leading with 10% of the match complete. Negreanu has never hidden from a game of poker, and his six WSOP bracelet wins are testimony to that. Who knows what the future holds for the man to whom no challenge is impossible?

Ironic that Gus Hansen once said this and included for comedy reasons alone, it sums up the Full Tilt Poker era in one neat sentence. If there was a time for big rivalries and personalities that barely fit into the seats around a High Stakes Poker table, then this was it. Gus Hansen, hailing from Denmark, is one of the most original players from this era, as likely to win the Poker Million for a cool $1 million with second place unpaid or to walk away from a large field poker tournament when chip leader with two tables left just because he heard about a juicy backgammon game in town. The Great Dane may have no true rival… except himself!

The late, great Mike Sexton sums up the modern game neatly with this praise in the direction of being the aggressor. Ever since the game changed for good in the early 21st century, poker has been a game where betting rather than calling leads to success.

Mike Sexton said so much that crystallised our feelings about the beautiful card game, but this one is a great one to remember when you’re at the tables yourself.

Talking of changing the game, this was the man who did it. From a two-figure satellite to a seven-figure landmark, Chris Moneymaker’s WSOP Main Event victory in 2003 will always mark the end of one era and the beginning of a new one in poker.

It’s impossible to forget that wonderful moment he won, but it’s even more enjoyable when you think of how many terrible players that it produced.