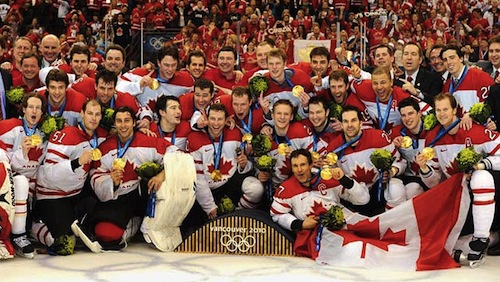 So the opening ceremonies of the 2014 Sochi Winter Olympics is a few hours away. For a lot of the media folk that have touched down in that part of the world, the opening ceremonies is probably the first good thing to come from their coverage of the quadrennial event. And even in the lead-up to the ceremony, there’s growing concern that something’s going to go wrong with it. After all, the town appears to be under Murphy’s Law these days.

But none of that will matter once the Olympic torch is lit because after that, the Winter Games will be all about the athletes.

On that note, it’s high time we finally indulge everyone on some interesting bets to make on some of the more popular competitions that will be played in the next three weeks. Just like Men’s Basketball in the Summer Games, the Winter Games’ marquee event is Men’s Ice Hockey and this year’s competing teams offer an intriguing choice of several powerhouses and legitimate dark horses, enough to make Gold medal odds packed tight and close to one another.

Team Canada are the defending champions and with Sidney Crosby, the best hockey player in the world, playing for “Oh, Canada”, it’s easy to see why oddsmakers have made the Canadians 2/1 favorites to defend their gold model.

Criticize Sochi and Russia all you want, but what you can’t take away from the country is its ice hockey team, which is about as dominant on the ice as the Canadians are. Books seem to agree with that sentiment, actually posting the Russians as co-favorites with Canada at 2/1.

Next up is Sweden at 4/1, followed by good ‘ol Team USA at 7/1 odds. it’s worth noting that all four teams have legitimate shots to win the gold so picking the exact team is going to take a lot of your study time. Even dark horses like Finland (10/1) and the Czech Republic (12/1) both have legitimate shots if things fall their way.

If you’re down for some betting on individual performances, Russia’s Alex Ovechkin is as good a choice as any to finish the Olympics as the top goalscorer. His odds, 13/2, certainly reflect the books’ belief that Ovechkin can light up the post more times than any other hockey player in the games. Two Pittsburgh Penguins teammates are on the skates of Ovechkin, though, one of which, incidentally is his teammate with the Russian National team. That dude is Evgeni Malkin and he’s at 10/1 to be the top goalscorer. Joining him there is Crosby, followed by fellow Team Canada member John Tavares (12/1), Russia’s Ilya Kovalchuk (12/1), Team Canada’s Corey Perry (14/1), USA’s Patrick Kane (14/1), and Sweden’s Alexander Steen (16/1).

There are other events in the Games that are also worth watching, but when it comes to putting some money down, the men’s ice hockey competition is where you need to have your attention on.