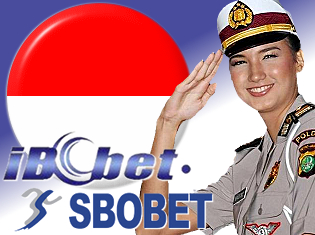 Indonesian authorities have arrested two agents processing wagers on behalf of online sportsbook giants SBObet and IBCbet. On Wednesday, the Jakarta Police announced the arrests of the pair – identified only by initials IRW and DMF – who reportedly took in as much as Rp8b (US $665k) per month in wagers on European football matches from local bettors. IRW, who represented only SBObet, was arrested on Jan. 6, while DMF, who repped both firms, was arrested this Monday (3). The pair could face a minimum five-year sentence in prison for violating Article 303 of the country’s Criminal Code.

The Jakarta Post quoted Investigator Comr. Budi Hermanto saying the local agents had been in business between two and three years, conducting three to four rounds of gambling per week. A week’s profits could range from Rp200m to Rp500m ($17k-$41k), 30% of which the agents kept as commission. (A separate report claimed DMF got to keep only 5%, suggesting his initials stand for ‘Dumb Mother F…’) Police believe these spokes were attached to a Cambodia-based hub that employed the agents, who utilized password-protected sites like agent.sbobetonline.com to ply their trade.

A year ago, Indonesia arrested nine agents working for SBObet and IBCbet, both of which hold online gambling licenses issued by the Cagayan Economic Zone Authority in the Philippines. The Jakarta Police now say they’ve identified 200 such agents operating in the capital. A report early Thursday on Okezone.com reported two more SBObet agents had been taken into custody in Jakarta, although these two appear to have been pretty low down the chain, earning only Rp2.9m ($240) apiece per month. That said, the local commissioner said he was zeroing in on the ring’s chain of command after studying the arrested agents’ digital gear.

The police are likely trying to get ahead of things before this summer’s FIFA World Cup festivities get underway. Things were bad enough during Euro 2012, when police across Asia were practically building new jails to contain all the sports bettors they arrested. Bangkok police even took out an SBObet call center. With many of the world’s top players playing either on or against the five Premier League teams with which SBObet has official betting partnerships, it’s shaping up to be a very good summer.