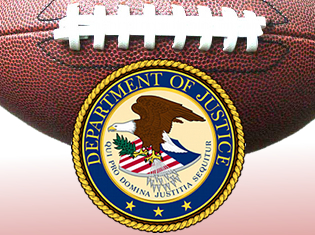 With Super Bowl XLVIII kickoff only 24 hours away, sports betting is very much in the news. Earlier this week, Stockton College’s Lloyd D. Levenson Institute of Gaming, Hospitality and Tourism released a new poll showing 55% of New Jersey residents supported the legalization of sports betting and 21% said they would be more likely to wager on sporting events if legally available options existed in New Jersey. Of course, the only poll that matters in terms of New Jersey’s sports betting hopes is the one that will be conducted by the nine members of the US Supreme Court, assuming they agree to hear Gov. Chris Christie’s appeal of a federal court’s rejection of the state’s legal sports betting pursuit.

In the meantime, the media hype around Super Bowl betting has shone extra light on recent sports betting prosecutions by various branches of US law enforcement. In Connecticut, Stephen Joyce was sentenced on Wednesday to one year in jail and fined $3k for operating a “lucrative” illegal sports betting business between January 2008 and August 2011 that the FBI said involved at least five other bookmakers. The 45-year-old Joyce also agreed to forfeit $175k as part of the plea deal he worked out in September.

On the same day in the same federal court, Stamford resident Douglas Corbin was sentenced to 21 months and ordered to forfeit $100k for his involvement in another illegal sports betting ring. Corbin pled guilty to a single racketeering charge in June for his role in the betting operation, which processed its wagers via the Costa Rica-based 44wager.com and other sites. The FBI claimed the ring’s operations earned $1.7m between October 2010 and June 2011.

In Virginia, two men pled guilty in US District Court in Roanoke for their role in an illegal credit betting ring that processed wagers online via the Costa Rica-based Playweewa.net. Federal authorities said the ‘Roanoke Sports Book Organization’ involved credit agents in six US states, including restaurant owner George Frederick. Max Krinberg admitted designing the Playweewa website, which handled wagers of around $5m per year over three years before authorities shut it down last April. For managing the site, Krinberg was paid $22k a year plus 10% of losing wagers. Prosecutors have recommended probation for the pair, but Krinberg and Frederick have agreed to forfeit $100k and $43k respectively. Seven other individuals have been mentioned in court papers in association with the case but have yet to be charged.

In Michigan, five people have been charged in connection with a sports betting ring that operated out of a flooring business in the town of Tecumseh, about 60 miles outside of Detroit. The operation is believed to have been taking wagers on professional and college football and basketball games for 15 years. Kevin O’Connor, the owner of the flooring business, reportedly distributed betting cards to customers and also accepted telephone wagers. The other accused individuals acted either as agents who collected losing bets and delivered winnings, or allowed O’Connor to use their home phone to process wagers. The accused face maximum sentences of up to 20 years.

In Pennsylvania, Joesph Vito Mastronardo Jr. pled guilty on Friday to running an illegal sports betting business, as well as racketeering and money laundering charges. In 2012 federal authorities indicted 16 members of the ‘Mastronardo Bookmaking Organization,’ which reportedly earned millions of dollars annually between 2005 and 2011 from a customer base that topped 1,000 bettors. The credit betting ring processed wagers by telephone and online via two Costa Rica-based sites – Betroma.com and Betrose.com – and allowed losing bettors to pay up through a complicated financial structure that disguised the wagers as charitable donations. No sentencing date has been set for the 63-year old Mastronardo.

Sticking with Pennsylvania, a recently enacted law allowing bars to offer small betting pools on sporting events like the Super Bowl has local cops confused over how to proceed. The law allows bars to run pool betting provided the pools involve no more than 100 bettors wagering no more than $20 apiece and the house doesn’t take a cut of the proceeds. State Police Commissioner Frank Noonan said his office believes the new law doesn’t supersede federal law banning sports betting and therefore “there’s no change to our policy.” That said, Noonan said “it’s not like we’re going to be hunting down every pool in Pennsylvania … or making this a priority.”