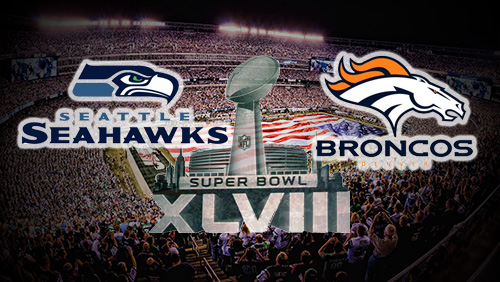 We’ve seen and heard the “indestructible force” versus the “immovable object” narrative get used in a lot of sporting events these days and no more will it be beaten to death by everybody than this week leading up to Super Bowl XLVIII.

That’s because the Denver Broncos’ high-octane offense (number 1 in the NFL) will face off against the the Seattle Seahawks’ suffocating defense (also number 1 in the NFL). It’s the classic case of who can force their strengths on the other to win the game. Number 1 versus Number 1, for all the proverbial marbles.

This is the 48th Super Bowl that will be played yet it will only mark the sixth time wherein two number one ranked teams on both sides of the ball faced off for the Lombardi trophy. It’s a cute dialogue that talking heads from various media outlets will continue to point out in the days leading up to the game. But here’s the real question: is there really any relevance, at least based on history, on how games featuring two elite teams on one side of the ball are decided?

As with anything involving sports, the answer always lies somewhere in the middle of “yes” and “no”, and that’s taking into consideration who you’re asking.

First of all, the numbers behind the Broncos’ offense is staggering. The team averaged a ridiculous 37.9 points per game. That’s an NFL record, by the way. Oh, and so are the numbers Broncos QB and soon-to-be six-time MVP Peyton Manning posted: 5,477 passing yards and 55 touchdowns. In any way you slice it, those are video game numbers that even John Madden would be proud of. 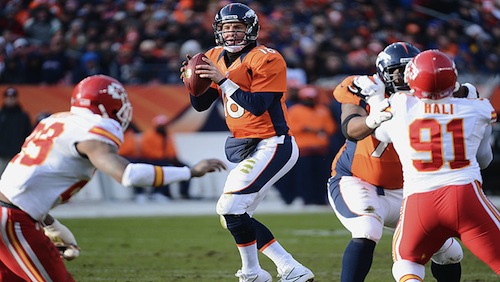 Unfortunately for Broncos fans, history is siding with the Seahawks.

Based solely on straight-up results, the team with the top-ranked defense has gone 4-1 with the lone exception being Super Bowl XXIV when the Joe Montana-led San Francisco 49ers erupted to score 55 points against, ironically enough, the Denver Broncos shut-down defense. In that game, Montana torched a defense that only allowed 14.1 points per game the entire season to the tune of 297 yards and five touchdowns on his way to leading the Niners to a 55-10 smackdown of the Broncos.

Don’t tell this to Buffalo Bills fans but it could’ve been two-out-five if only Scott Norwood converted on a last-second field goal during Super Bowl XXV. The Bills, fresh off of a season where it led the league in scoring (26.8), were only down by a point, 20-19, against the Lawrence Taylor-led New York Giants when Norwood, a dead-eye kicker at that time, inexplicably botched the kick, giving the G-Men its first Super Bowl title in the slimmest of margins. So what does it all say that four out of the five times both number one ranked teams faced in the Super Bowl ended up with the defense winning?

It says that we should be very, very wary of picking against the Seattle Seahawks.

Putting a gambling spin to it, the defensive team has posted the same record, 4-1, against the spread than the offensive team. As favorites, defensive teams are 3-0 and 1-1 as underdogs. Incidentally, the Seahawks opened as -1.5-point favorites before the public dumped money on the Broncos, forcing books to adjust and move Denver to what is now -3 favorites.

There are a lot of things you can take away from these numbers. Denver has become the public darling, the team that everyone wants to see win because of Peyton Manning and because a majority of the public wants to see the Seahawks’ brash defense get torched for 700-something yards and 10 touchdowns.

And while it’s not necessarily a bad idea to hitch your wagon on arguably the best quarterback that has ever lived, doing so at the expense of an all-time great defense should be met with extreme caution.

History favors the D, and it’s going to take the best Peyton Manning has to buck that trend.