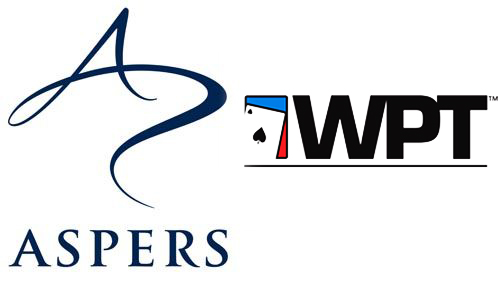 The upcoming PartyPoker WPT National London event is now looking a lot healthier after the organizers declared a £100,000 Guaranteed prize pool for the £200 Main Event.

The third leg of the five-leg tour will run between Feb 27 – Mar 1 at Aspers Casino Westfield Stratford City, and it will be the largest guaranteed poker prize pool in an Aspers Casino.

The accumulator style event allows players to buy-in on all three of the tournament’s Day 1 starting flights, with all chips from each day accumulating into a Day 2 starting stack.

The event will also host a good structure of side events featuring £110, £80, £55 & £25 buy-ins, and PartyPoker.com will also be hosting a series of online qualifiers with a chance of winning a $1,000 WPT National package.

This is a great competition for the men and women of the game who have to smash a piggy jar or two to get the funds to play their poker.

The Macau Poker Cup has been chalked off the 2014 tournament blackboard, and 3,443 players took a seat in the PokerStars LIVE Macau arena, over a series of 13-events, to make it the most populous in the events history.

“It’s amazing to look at the twenty Macau Poker Cups that started as a 33-player Red Dragon event to the now 995-player field.” Danny McDonagh, Director of Live Poker Operations in the Asia Pacific area, told Pokernews, “I’m really proud of our team and I’m looking forward to what we can achieve over the next twenty Macau Poker Cups.”

The summit was reached by Mongolia’s Buyanjargal Bold who took the honors in the Red Dragon Main Event that had a final table containing players from Hong Kong, Australia, China, India and Mongolia.

Bold defeated Percy Yung in heads up action to take the title and seat in the $HK100,000 ACOP event. It was his first-ever recorded live cash.

Ok this isn’t a live tournament story, but what the hell…it’s a great story.

Anthony Nicodemo has a bad beat story to end all bad beat stories as his quad kings were cracked by the king-high straight flush of his opponent David Gallagher, in a hand that triggered the Bad Beat Jackpot at Harrah’s Casino in Philadelphia.

“2013 was a tremendous year for Harrah’s Philadelphia poker players striking it big with our Bad Beat Jackpot, with this latest hit its seems that 2014 could possibly even be bigger,” said Ron Baumann, Harrah’s Philadelphia Senior Vice President and General Manager in a press release. “Harrah’s Philadelphia would like to congratulate all the players stationed at the poker table at the time of the hit on Sunday, as well as the hundreds of others who have cashed-in since the Bad Beats’ inception.”