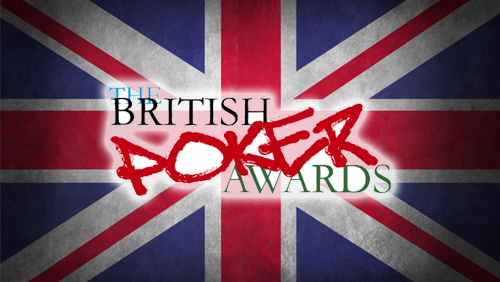 21 January 2014 (London, UK) – The 2013 British Poker Awards are edging ever closer, with this year’s star-studded ceremony set to take place on the 3rd of March at the Hippodrome Casino in London.

Votes for the PokerStars.com-sponsored awards have been tallied, so all that remains is for the results to be revealed and the awards presented at a glamorous party at London’s famous West End casino, with the world’s poker greats in attendance.

Sam Trickett was the big winner last time out, taking home three awards including the illustrious Player of the Year title. Will he go back-to-back, or will we have a new winner in March?

There are a number of multiple nominees this year, including World Series of Poker Player of the Year runner-up Matt Ashton. Matt has been nominated in three categories, including Performance of the Year.

“The Hippodrome is a perfect venue for what we hope will be the best British Poker Awards ceremony yet,” said Bluff Europe Editor-in-Chief Michael Caselli.

“We’re looking forward to welcoming the poker elite from the UK and all over the world for what promises to be an unforgettable event,” he added.

Voting may be closed, but you can still find full information on categories and nominations at www.thebritishpokerawards.com. Information on tickets for the ceremony will be made available soon.

About The British Poker Awards (www.thebritishpokerawards.com)

The British Poker Awards and the Irish Poker Awards are separate annual events created in order to honour the best poker players, leagues, clubs and tournaments in the UK and Ireland. Organised by Bluff Europe, in association with several other media outlets to ensure impartiality, nominees are chosen by a committee of journalists, before being put to public online vote. Players and industry figures are then invited to attend an awards presentation ceremony.