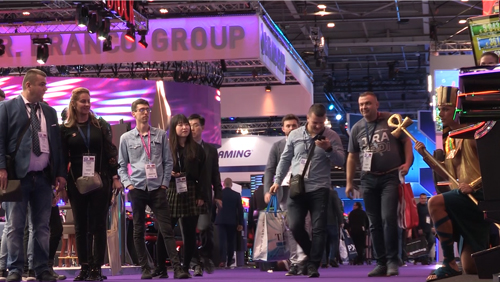 Bitcoin SV’s unstoppable march continues, with more industries embracing the technology, both as a technology platform and a currency.

At the recently held ICE London conference, delegates from the iGaming sector had the chance to learn more about the benefits of Bitcoin, and how it is already being adopted and implemented in the online gambling space.

nChain’s Patricia Bentley spoke to CoinGeek about the enthusiasm with which the iGaming sector was getting behind BSV—the only blockchain platform with the scalability, security and functionality to revolutionize entire industries right now.

She said that Bitcoin SV was appealing to gaming operators both for its ability to record game and transaction data securely on the blockchain, as well as exchanging financial value between casinos and players.

In particular, Bentley referenced the BSV random number generator the firm had been working on, allowing game results to be generated and recorded on the blockchain. This provides greater transparency through provably fair results, as well as the automatic collection of transaction data.

“We’re really seeing the reception of blockchain not just as a currency really come into play,” Bentley said.

One of the most enthusiastic BSV proponents in attendance was CoinPoint, which hosted an end-of-show party at the event. The blockchain marketing and consultancy firm said it was solely focused on promoting BSV within the iGaming sector, because they “understand the technology as a coin and a platform.”

At the event, CoinPoint said it was dedicated to helping more businesses understand how BSV works, so they can take full advantage of the benefits of the original bitcoin blockchain.

Founding President of the Bitcoin Association Jimmy Nguyen said the event marked another milestone in the development of the global Bitcoin SV ecosystem.

On its applications in iGaming, Nguyen said bitcoin was “a marriage made in heaven” for the gambling sector, and that iGaming companies were likely to be among the first companies to fully adopt BSV platforms.

While Nguyen said they were currently focusing on iGaming and other sectors poised for swift implementation, BSV had applications across a huge range of different sectors.