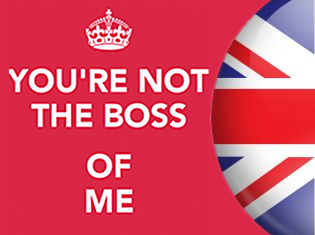 Bookmakers in the UK saw their shares take another tumble on Tuesday after JPMorgan analysts said a government clampdown on fixed-odds betting terminals (FOBT) was due in 2014. Last week witnessed a debate in the House of Commons in which Prime Minister David Cameron suggested he shared concerns voiced by Labour party leader Ed Miliband that FOBTs were right up there with dingoes for eating small children alive and thus further restrictions on their use might be warranted. William Hill dropped nearly 2% on the day while Ladbrokes, which is far more reliant upon its retail revenue due to its lousy online offering, dropped as much as 5% before closing out the day down 3.5%.

The bookies took another indirect shot via UK internet service providers, who are refusing to play ball with the UK’s government plans to revise its online gambling laws. The Gambling Commission’s plan to require all UK-facing online gambling firms to hold a UK-issued license will also limit advertising rights to UK-licensed companies. But the question of how to restrict market access remains a thorny one, with the head of the Department for Culture, Media and Sport (DCMS) suggesting that IP-blocking of sites not holding a UK license could be one solution. Gibraltar gaming regulators have expressed skepticism as to the workability of any IP- or payment-blocking scheme.

The difficulty in enforcing such a scheme was underscored by recent meetings between Commission members and UK broadband providers, including BT and TalkTalk. The Financial Times said the companies rejected the Commission’s request to insert “warning pages” on non-UK-licensed gambling sites that would have alerted consumers as to the alleged dangers of choosing to wager with these companies. The ISPs will continue to include gambling in the list of product categories consumers can choose to filter out of their individual internet connections, but the ISPs insist they aren’t the internet police and would only enforce a blanket warning on international gambling sites if presented with a court order or the government enacts primary legislation. The stance is similar to the one ISPs adopted when copyright holders requested IP-blocking of digital file-sharing sites.

The UK government is keen to provide gambling companies with assurances that there are tangible benefits to repatriating their online operations from regulatory hubs like Gibraltar, Alderney and the Isle of Man. Reserving the UK market for Commission-licensed sites was supposed to help offset the impact of the point-of-consumption tax (POCT), which is due to take effect this December.