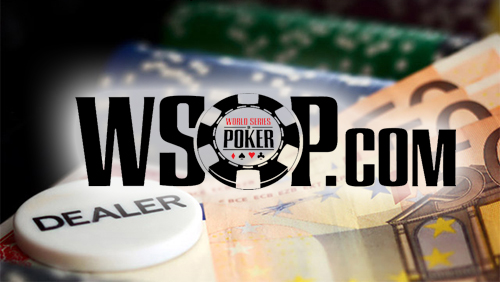 Family Fortunes is a British game show that was based on the classic American game show Family Feud. The show sees two families competing for prizes by guessing the outcomes of a series of polls consisting of the views of 100 people. 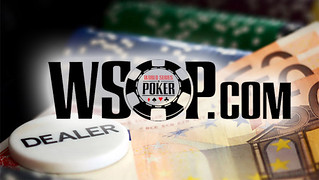 So in poker, a classic question would be something like this.

“We asked 100 people to name a brand associated with poker.”

Then the appointed family duelists would pepper that buzzer.

So come on what was your answer?

I bet it was the same as mine.

I bet you said The World Series of Poker.

Not only is it a dream come true for the players, but it’s also one of the reasons that I believe Caesars Entertainment Corporation, and their little baby WSOP.com, have a great chance of becoming the PokerStars of North America; and the key could be the WSOP.com Online Championships.

Not only does this give the professional player the opportunity to collect some huge scores, minus travel expenses, but it also gives the recreational player the chance to also hit a big score from the pockets of an affordable buy-in.

The satellite tournaments for these big online events are rammed to the rafters.

It is seriously big business.

The bell rang a long time ago in the New Jersey online poker ring, and PartyPoker and WSOP.com have been battering ten bells out of each other ever since. Most of the judges have PartyPoker ahead on points, but WSOP.com aren’t that far behind. There skin is clear, there is minimal bruising and the feet still look strong as they prowl around the bloodstained canvass.

When WSOP.com launch the WSOP Online Championships, on January 19, they are delivering a right hook of Clyde proportions. Every online poker operator needs a major online series, but a series with WSOP slapped all over it just looks that much tastier.

There will be nine events in all, with seven guarantees and two $250,000 Freeroll events.

The January 19 Freeroll has been designed to lure in new depositors whilst the Feb 2 Freeroll is designed to get people playing in the seven guaranteed events.

The buy-ins are of significant sturdiness to ensure some juicy payouts and the Main Event of $530 has a $250,000 Guarantee; but it’s the association with the WSOP brand that excites me more than anything.

What we see here are mere humble beginnings.

I see a future whereby the WSOP Online Championships will become even bigger than the brick and mortar version that has been making dreams come true ever since Benny Binnion revealed his vision to the world back in 1970.

We all spend the large part of our days in front of a computer, mobile or tablet.

We wake up in the morning and check our mobile phone before planting a kiss on the forehead of anyone; we head into work and more often than not stare into a computer screen of some description for the next 8-hours; we come home and read our e-mails, Facebook, Twitter and then maybe watch a show on Netflix. Even when we want to just read a book we turn our attention to the glimmer shining out of the Kindle.

This electronic addiction does not have a reverse option on the gear stick lever. It has been defaced with whitener. Instead, we just have fast forward. We will become even more consumed with our online activities and poker will be no different.

It’s only a matter of time before online poker will spread around the more liquid of States, and you just watch the world invade the cyber lines, when that happens.

WSOP.com is in a fantastic situation and the WSOP Online Championships is the jewel that they should spit on and shine every day.

I can just hear the comedian of the future asking the two families the question.

“We asked 100 people to name a brand associated with poker.”