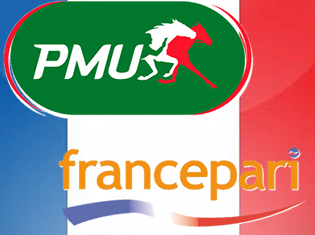 Online poker in France continues to suck donkeys, according to Q4 and FY figures released by French gaming regulator ARJEL. Gross gaming revenue from online poker fell 12% in Q4 to €65m, while cash game stakes fell 23% to €1.2b. For the year as a whole, online cash game stakes fell 18% to €5.5b, and while tournament stakes provided a brief glimpse of optimism by rising 5% to €1.4b, overall online poker revenue fell 13% to €258m. Shortly before Christmas, French legislators shot down ARJEL’s proposal to share liquidity with regulated online poker markets in other European Union member states, based at least in part on some legislators’ beliefs that online poker was simply “a little out of fashion.”

French horse racing also showed signs of decline, with online stakes falling 6% in Q4 to €278m, although revenue dipped just 1% to €67m. For 2013 as a whole, stakes fell 1% to €1.1b while revenue nudged upward by 0.4% to €264m thanks to a reduction in payout ratios to 78.2%. Seems treating punters with respect is also a little out of fashion in France.

In related news, French racing colossus Pari Mutuel Urbain (PMU) reported overall revenue of €2.48b in 2013, up 0.2% over the previous year – just barely maintaining its streak of 16 straight years of revenue growth – despite total racing stakes falling 1.8% to €9.6b. Stakes at PMU’s retail wagering outlets fell 5.3% to €7.9b, while online stakes fell 3% to €943.2m. Fortunately, stakes via syndication deals with international firms nearly doubled to €638.3m. PMU’s other main bright spots came via online sports betting, which rose 20.7% to €38.5m, while online poker revenue rose 19.5% to €21.6m, putting PMU third in the poker market behind only PokerStars and Winamax.

Meanwhile, betting operator and platform provider France Pari had a very good year, albeit on a much smaller scale. Revenue rose 30% to €12.5m, thanks to margins improving to 19.2% from 17.9% last year, for which the company credits “strengthening its internal teams.” Revenue from France Pari’s B2B operation SportnCo hit €500k for the first time thanks to the launch of two new fixed-odds sports betting clients in the second half of the year, including PMU subsidiary Genybet.