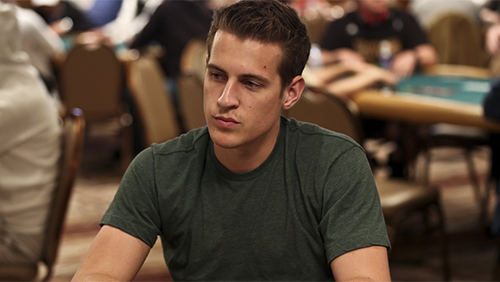 Live tournament round up sees Mike ‘Timex’ McDonald looking to be the first two-time European Poker Tour (EPT) champion as he headlines the final table of the PokerStars Caribbean Adventure (PCA) final table; Vanessa Selbst tops the field in the $25k High Roller, and the World Series of Poker Circuit (WSOPC) moves into Choctaw.

As we enter the final stages of the Bahamian poker action the chance of ending it in record-breaking fashion is a very stark possibility, with the names of Mike ‘Timex’ McDonald and Vanessa Selbst dripping off most people’s tongues. 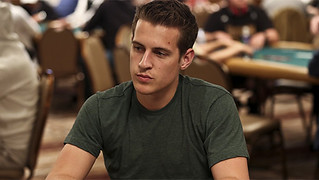 Timex is one of the central characters at the final table of the $10m Guaranteed Main Event, where he starts the day second in chips. He became the youngest-ever winner of a EPT title when he captured the crown in Dortmund back in 2008.

He was just 18-years old when he took the first-prize of €933,600, and very nearly became the first player to ever win two EPT titles when he returned to Dortmund in 2009, finishing in fifth place, before moving onto Deauville in 2010 where he finished in third place.

68 people have won EPT titles, but nobody has ever won two. It remains one of the most sought after accomplishments in the world of poker, and I for one am not betting against the lad from Ontario smashing that record to pieces.

It won’t be easy though. It never is. The man with the chip lead, and all the momentum, is Madis Muur, from Tallinn in Estonia. Muur is an online mid-stakes tournament grinder, who only started playing in EPT events this Season and it feels like he has been playing them for donkey’s years.

Muur likes to qualify for them through the PokerStars satellite program and has so far won three out of four seats this season, including a 12th place finish at EPT Barcelona for a confidence boosting €58,980.

Sitting in third place is the French-Canadian Pascal LeFrancois. The World Series of Poker (WSOP) bracelet winner is widely recognized amongst his peers as being one of the best live tournament poker players on the circuit. If this lad was a PokerStars Team Pro, and was able to play in more events, he would be a dominating force of that I am sure.

Has Vanessa Selbst ever played better?

She is crushing it for fun, and will lead the final 14-players at the event she won last year for $1.4m; a victory that propelled her into the record books as the most successful female poker player of all time.

Selbst is no stranger to back-to-back successes after hitting the headlines in 2010/11 by taking down successive PokerStars North American Poker Tour (NAPT) titles in Mohegan Sun; but this feat would be even more remarkable.

Here are the final 14-players.

The WSOP Circuit (WSOPC) has moved into the Choctaw Resort and Casino in Durant, Oklahoma and I have two events to report on.