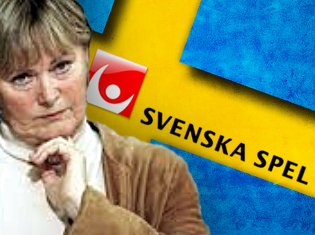 Fur is flying in Sweden as state gambling monopoly Svenska Spel and local media outlets battle over the latter’s right to carry advertising from internationally licensed online gambling operators. The two sides have been at loggerheads over this issue for years now, with Svenska Spel routinely blaming its revenue shortcomings on the local media accepting “aggressive advertising” on behalf of Svenska Spel’s international rivals.

The not-so-cold war heated up in November after the European Commission publicly rebuked Sweden over its gambling policies, which the EC maintains are not being “applied in a systematic and consistent manner.” The EC gave Sweden two months in which to respond. Emboldened, Swedish newspaper guild Tidningsutvivarna (TU) wrote a formal complaint to the EC regarding their government’s reluctance to alter the status quo, with the intent of compelling the European Court of Justice (CJEU) to bring down its gavel on the Swedish government’s knuckles.

In response, last week saw Svenska Spel chairperson Anitra Steen (pictured) write an op-ed in Swedish newspaper Di’s ‘DI Debate’ forum, in which she declared “the party is over in terms of ad revenue from illegal bookmakers.” Steen insisted that the issue of Svenska Spel’s monopoly was settled law at the CJEU, which had ruled that European Union member states had the right to restrict access to local gambling markets. Steen said the media might not like the law, but liking a law wasn’t justification for breaking that law.

This week, TU president Per Hultgård countered Steen’s broadside with his own reading of the legal landscape. Hultgård acknowledged that the EU allowed its members to maintain gambling monopolies, but only if the intent is to minimize the potential harms of gambling, rather than ensuring a non-competitive environment to protect government profits. Hultgård noted that Svenska Spel had boosted its marketing budget by 50% since 2006, which undercut the government’s argument that its monopoly was necessary to keep Swedes’ gambling under wraps. Hultgård also accused the government of censoring constitutionally guaranteed rights of commercial speech and insisted that if anyone’s party was over, it was the government’s.

Back in the day, this type of duel would be settled by a dawn meeting with pistols or sabres, but this is eminently practical Sweden, so the best we can likely hope for is the two parties squaring off with Allen wrenches in the parking lot of a local Ikea, with the spoils going to whichever aggrieved party can more swiftly assemble a Billy bookcase.