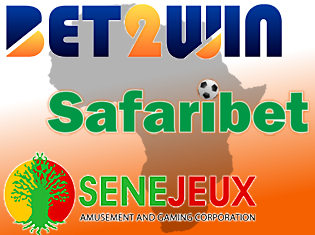 How big is sports betting in Africa? Consider the recent results of Google’s Zeitgeist 2013 rankings, which found three of the top five websites visited by Ugandans last year were affiliated with sports betting. Facebook might have topped all sites on Ugandans’ most-surfed chart, but Zuckerberg’s baby was being closely tailed by SoccerVista.com, LiveScore.com and Xscores.com. All of which will likely be sweet, sweet music to the ears of Ugandan online sports betting outfits like 256Bet.

Business is similarly booming over in Ghana, where SafariBet has only been operational for eight months but already ranks as the country’s 23rd most popular website, according to Alexa.com rankings. However, in terms of the amount of time visitors spend onsite, only that damn Facebook beats SafariBet’s 29-minute staying power. The site is run by Africa Gaming and Entertainment Ltd., which also operates 110 retail points of sale across Ghana and is planning to open 250 more within the next three months. Company chairman Halit Karabashoglu said the new outlets would boost his employee ranks to 1,500 and the company hopes to bring that number to 4,000 by 2017.

Not far away in Nigeria, retail sports betting operator Bet On Sports Limited – not to be confused with the defunct Costa Rica-based site of David Carruthers fame – took its action online in December via the launch of its Bet2Win site. Company CEO Dolan Beuthin called the online launch “another exciting landmark” for the company, which operates betting outlets in three Nigerian states. Beuthin said the site was launched to satisfy his “on the go” customers’ demands for quicker methods of wagering than hoofing it on down to the shops.

We’ll finish our African whip-round in Senegal, where the official lottery provider has broadened its horizons via the launch of a new fixed-odds virtual horseracing game. The Senegal National Lottery (LONASE) has inked a five-year deal with tech provider SENEJEUX to supply virtual games covering football, horse and greyhound racing across retail, online and mobile channels. The first product to emerge from the new partnership is a 3D virtual horseracing game that runs every five minutes on 43-inch plasma TV screens in all of LONASE’s 35 retail betting shops, where punters can wager via touch-screen electronic terminals.