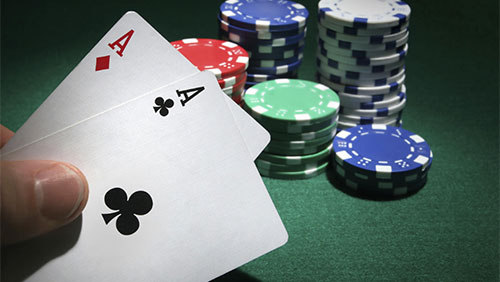 It was always easy for my ex wife to know when I had won or lost money at the tables. If it was a winning night there would be Cheshire cat style grins and a wad of notes squeezed underneath her morning coffee mug; and if I had lost there would be nothing but silence.

When I first tried to become a professional poker player the discussions – or lack of them – surrounding money gained or lost at the tables was the stuff of nightmares. Trying to explain variance to the uninitiated was akin to teaching my sisters about the offside trap in football. It doesn’t matter how perfectly placed the salt and pepper pots are they are just not going to get it.

During a recent interview with Max Silver he talked candidly about 2013 being a most horrid year. For large parts of it Silver assumed he was going to end the year in the red. Fortunately, Silver’s persistence paid off and a sixth place finish at the European Poker Tour (EPT) Prague main event acted as the spade that dug him out of the hole that was threatening to cut off the oxygen supply to his levels of confidence.

Silver also got engaged last year, and in 2014 plans to wed his beautiful beau in a ceremony in Dublin. Losing money at the tables whilst trying to save up for a wedding is not a marriage made in heaven. Thank goodness that Silver’s lovely lady also works in the poker industry. She understands what a bastard it can be, and one assumed this helps lighten the load on Silver’s conscience and enabled him to focus on his game as he waded through a treacle like downswing.

I didn’t have that luxury.

In the end I decided to cut short my goal to become Doyle Brunson, partly because I wasn’t good enough, and partly because the thought of trying to be responsible for a family by earning my living playing cards, felt as comfortable as sliding down a razor blade using my balls as brakes.

It was the writing path for me.

That choice didn’t stop me from getting divorced. As Agent Smith says, ‘it’s inevitable.” It wasn’t the choice that created the divide. It wasn’t the poker. It was two youngsters growing old with two very different people.

But let’s imagine that we were able to get through the ‘bad shit’. What then? I believe that my decision to pursue an interest in poker writing would have still resulted in me lashing so much painting on the wall that we both would have drowned in it.

My son was 9-years of age and his father was traveling around the world writing about poker. I felt like I was in a Catch-22 situation. On one hand I had a son who needed his father to put him to bed, stroke his hair and sing Coldplay songs to him; and on the other hand, that boy needed a father to pay for the roof that towered over his head.

You don’t just waltz into a business and rule. You have to work hard, make an impression and learn to forge relationships with the right folk. I didn’t feel like I could turn work down, and each job that I took on took me further away from those I loved.

I was becoming my father. He too decided that a life on the road was needed to pay the bills. Where were my kisses? Where were my hugs? What songs did he ever sing to me?

When I got divorced the situation was exacerbated. Now he really needed me. Where was I? Monte Carlo, Paris, Vienna and Las Vegas. What would happen if I turned the work down? How could I have paid the bills?

These are the decisions you have to make in life. It’s tough, but someone has to do it. Just like in poker there is no black and white answer. Just like in poker life needs the right balance. I tipped my scales and my life spilled all over the floor. It was as fragile as an egg, and none of the king’s men wanted to put my life back together again.

I think they were all playing cards.

I once interviewed Guillaume Darcourt after he had exited the World Poker Tour (WPT) main event in Barcelona. The man’s soul was missing from his eyes. I swear he needed a good cry. To cleanse with tears the very doubts that nag a professional poker player when they are forced to be apart from those they love.

Is it all worth it?

Darcourt told me that he missed his family terribly. His schedule was both ridiculous and normal. The popularity of poker was creating schedules that had the power to blow families lives wide apart. It’s one thing to disappear for weeks on end only to return to your fiancée with a new pair of Jimmy Choo shoes; families are different.

You don’t get that time back. It’s gone and before you know it your children have changed as a result of your inability to be around to influence them. They become cold and hardened through your absence. They learn to do without. They get used to you not being around.

Do you honestly think that any of that matters?

Project forward onto your deathbed. The reaper towers over you and you can choose to be in just one place…at one time…with just a few people.