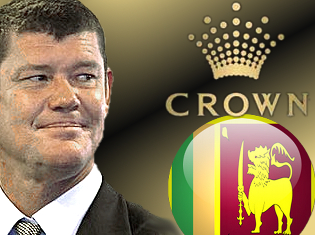 Crown boss James Packer got what he wanted in Sri Lanka. Sort of.

The government of the island nation has approved Crown’s $400 million integrated resort proposal. Great news, right? Well, yeah..at least until the part about the government not giving Packer explicit permission to operate casinos at his joints.

That being said, there’s still a chance that Packer can still operate a casino in his now approved resort, provided that he do it through his local partner. That much was said by Sri Lanka’s junior investment minister on Tuesday after announcing the government’s green lighting of Crown’s enormous resort proposal in the country’s capital city of Colombo.

It’s not the approval Packer would have wanted, but as it turns out, all the clamoring from the political and religious opponents of the proposal were heard by the government, prompting it to alter the proposal that would have granted Packer a sweetheart deal in the country.

Faizer Mustapha, Sri Lanka’s deputy investment promotion minister, told Reuters that a new gazette notification (it’s something you issue after the cabinet of ministers approve something before being sent to parliament) has been issued for Packer’s mixed development projects, albeit with the absence of a casino.

“This gazette notification has no mention about a casino anywhere,” Mustapha said. “So it doesn’t deal with running a casino, operating a casino, or approving a casino.”

Even without the explicit approval to operate a casino in its proposed resort, all is not lost for Crown. It still has local partners in the country, particularly Rank Entertainment Holdings Pvt Ltd, which already has two casino approvals in its pocket.

These approvals will play a big role since government policy in Sri Lanka states that while no new casino licensees can be issued, those that were approved under regulations passed in 2010 could still be used, including the two that Rank already has. Those licenses could be what Lake Leisure Holdings, the joint venture between Crown and Rank, uses to put up a casino in the country.

See, all is not lost for Crown. It got the approval to build its giant integrated resort and it can make use of its partners casino licenses to cover that end of its business. It’s a win-win, at least given the circumstances.