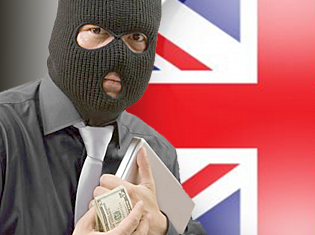 Two Polish blackmailers have been sentenced to five years and four months apiece for their failed attempts to intimidate two online gambling sites with threats of distributed denial of service (DDOS) attacks. On Wednesday, Piotr Smirnow (31) and Patryk Surmacki (35) pled guilty in Manchester Crown Court to two counts each of blackmail and conspiracy to access, use and impair computers without authorization. Following the sentencing, Greater Manchester Police Det. Insp. Chris Mossop described the pair as “sinister playground bullies who thought they could use the threat of financial annihilation to extort compliance.”

The court heard that on July 23, the Polish pair approached the owners of one of the sites with a simple proposition: give us 50% of your business or we’ll instruct a top American hacker named ‘Wapo’ to launch a DDOS attack on your site and shut your business down. Neither of the online gambling sites was identified in court, but the owner approached that July reportedly ran a Manchester-based site with annual turnover of £30m. The owner was not a stranger to the Poles, the individuals having apparently known each other for four years.

The site owner told the Poles to stuff it, so the blackmailers made good on their threat, sending ‘Wapo’ £12k and the hacker dutifully carried out the DDOS attack as advertised on Aug. 2, knocking the site offline for five hours. The Poles later bragged about this attack in a Skype call to their second victim – described in an Granada news report as a “USA-based CEO of an internet software platform that hosted a multitude of online companies” – saying that they’d “tried diplomacy” but now realized that “only power talks in this world; now we have enough power so people can’t try to push us around anymore.”

But the pushy site owner who’d rejected the Poles’ ‘diplomacy’ had since contacted Manchester police, who set up a sting with the Poles in a bugged hotel room at Heathrow airport on Aug. 7. At that meeting, the owner again declined to pay up, prompting the Poles to vow they were now “going to war.” Unfortunately, their military campaign ended the minute they left the hotel room as waiting police clapped them in irons.

During the court proceedings, the Poles’ own lawyer described their plot as a “bizarre, misconceived, naïve and brazen attempt at blackmail.” Judge Michael Henshaw told the Poles that they’d taken the law into their own hands “in the belief that your methods would achieve immediate result … what you didn’t count on was the victims telling the police, which they did.” The unidentified site owner said he’d been compelled to take action because the Poles “made me fear for my personal safety as well as for the future of my business … This sentence should act as a warning to those involved in cyber extortion that the police and the courts will view this type of conduct very seriously.”