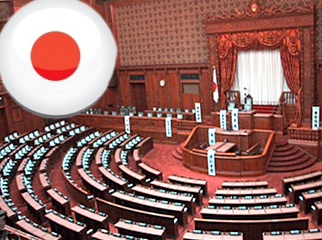 Japan’s push to legalize casinos took a huge step in that direction after members of the Liberal Democratic Party officially submitted a bill to parliament, calling for the legalization of these casinos into what could very well turn into the second largest gambling market in the world.

The ruling LDP received support from other groups in submitting the bill, including the Japan Restoration Party, which co-submitted the bill, and New Komeito, the LDP’s junior coalition partner.

According to LDP’s policy chief Sanae Takaichi, New Komeito signed off on the submission of the bill, but his counterpart on the other side Keiichi Ishii made clear that while the party did approve the submission, it’s still undecided on whether it will support the bill or not.

It still has time to consider it’s next step because the bill will likely be heard by parliament in the next Diet session, which begins in January next year.

Make no mistake: the passing of this bill is a huge step towards legalizing casinos in Japan. It’s got the support of the ruling party and everyone seems to be on board with the idea that Japan is overdue to have its own casinos, especially after what Macau and to a lesser extent, Singapore, the Philippines, and other Asian countries, have been able to reap with the opening of casinos in their countries.

The belief that Japan can become the second largest gambling market in the world is all too real, too, and not something that’s been doused in hyperbole. Goldman Sachs’ Steve Kent believes that an integrated casino resort in Tokyo could generate as much as $6.8 billion in revenue per and one in Osaka could earn as much as $6.5 billion.

And with the 2020 Olympics in Tokyo on the docket, the timing couldn’t have come at a better time to set in motion the movement to legalize, build, develop, and showcase these casinos to the entire world.