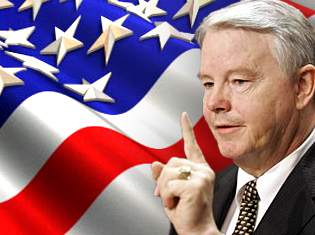 Pennsylvania’s Senate has overwhelmingly backed a resolution to study methods by which the state’s gambling industry can maintain its competitive edge, including the possibility of launching intrastate online gambling. The resolution, which was sponsored by Senate President Pro Tempore Joe Scarnati and approved by a Senate committee on Tuesday, passed by a vote of 47-1 in the full Senate on Wednesday. Republican Scott Hutchinson, a staunch opponent of most gambling expansion bids, cast the lone contrary vote.

The Legislative Budget and Finance Committee will have until May 1 to complete their fact-finding mission, with the possibility that any recommendations made therein might find their way into the state’s 2014-15 budget, which must be passed by July 1. The fact that the Senate vote was so lopsided isn’t indicative of how any online gambling measure might fare in the state House of Representatives, which has historically proven a much tougher obstacle for online gambling to hurdle.

NO MAS FOR MASSACHUSETTS
While Pennsylvania is sending strong signals that it hopes to follow New Jersey into the online realm, the same can’t be said in Massachusetts, which is still bogged down trying to determine who will get to build the state’s brick-and-mortar casinos. Massachusetts Gaming Commission chairman Stephen Crosby doesn’t expect the first of these casinos to open for another three years, and Crosby isn’t quite ready to deal with the “major unknown question” posed by online gambling.

On Sunday, Crosby appeared on WCVB’s On The Record, where he declared that the internet would prove to be “a disruptive technology for gambling as it is for everything else.” Crosby insisted that the state “shouldn’t do anything in online gambling until our bricks-and-mortar people are selected because they ought to be at the table when we do this. You can’t expect somebody to give us $85 million and then spend a billion to build a facility and change the rules of the game on them a year or two down the road.”

BARTON BILL GETS CONGRESSIONAL HEARING
Clearly feeling upstaged by the state-level hubbub, federal politicians have scheduled yet another online gambling hearing on Capitol Hill for Tuesday, Dec. 10 at 12:30pm EST. The House of Representatives’ Subcommittee on Commerce, Manufacturing and Trade has yet to reveal the witnesses who’ll offer testimony at the “State of Online Gaming” hearing, but among the subjects up for discussion will be the Department of Justice’s controversial late-2011 rethink on the scope of the Wire Act, which is credited with boosting the state-led rush into online gambling’s open arms. Also on the agenda is the latest stillborn online poker bill proposed this summer by Texas Republican Rep. Joe Barton (pictured above).

The last time the Subcommittee took up the online gambling topic was in October and November 2011, and the discussions inevitably bogged down in the usual tropes of poker-playing Al Qaeda members yelling ‘one time’ and ‘death to America’ with equal enthusiasm. Similar comedy routines were on display at a Senate committee hearing this July, so nobody should get their hopes up by expecting anything resembling a rational discourse. On the plus side, this will be the first Congressional hearing at which online gambling advocates can point to three states currently offering various forms of online betting and yet somehow the Statue of Liberty has managed not to get itself blown up.