The World Poker Tour (WPT) has made a few changes to the Season XII schedule that concentrate on events in Asia and the United States, with the final table of WPT National Series China being held in South Korea, and the introduction of WPT Thunder Valley

The 19-event strong Season XII has just seen the event tally rise to 20 after the WPT announced the creation of a $3,200+$300 re-entry main event to be held in Sacramento’s Thunder Valley Casino Resort. 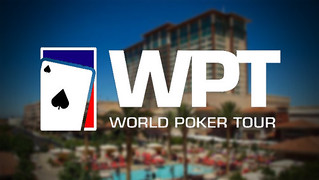 The event will be sandwiched between the WPT LA Poker Classic and WPT Bay 101 Shooting Star where it will operate March 15-19. WPT stalwarts Mike Sexton and Vince Van Patten will be on hand at the event as will the Royal Flush Girls and Executive Tournament Director Matt Savage.

“With the addition of WPT Thunder Valley we’ve created a California swing that makes in-state transportation both easy and affordable for players traveling from LA to Northern California, and which provides great opportunities to enjoy the California sunshine while experiencing all the amazing attractions the state has to offer,” said WPT President, Adam Pliska.

The creation of the new event means that players have three major tournaments all within a sensible radius to help keep travel costs as low as possible, and must be the way forward if we are to see the bigger fields return to the live tournaments.

WPT China Winner Will Be Crowned in South Korea

The WPT have also announced a dramatic change to both the upcoming WPT National Series China event, and the WPT South Korea event.

The final table of the WPT National Series China will be suspended and played out at the Ramada Plaza Hotel’s WPT Club Phoenix Poker Room on the island of Jeju in South Korea on Day 1A of WPT South Korea.

WPT Executive Tournament Director Matt Savage will be on hand to oversee the action, and the final table live stream commentary will be provided courtesy of Tony Dunst, Xuan Liu and Lacey Jones.

After the success of our recent event in China, we’re looking forward to attracting a strong field in Jeju as we expand the WPT brand further into Asia,” said WPT President, Adam Pliska. “With two final tables playing out in the same venue just days apart, we’re confident that the launch of WPT Korea will be just the beginning of more WPT events throughout the region in coming seasons.”

On Dec 14, there will be a special $50,000 Super Elite Cup High Roller Event, featuring a single re-entry and $2,000 of each tournament buy-in will be donated to Incorporated Association Baknyunhwai, a volunteer organization dedicated to providing medical and living assistance to the elderly.

All entries into the High Roller event will also receive a buy-in to the WPT South Korea main event.

The next WPT Main Event will take place Nov 29 – Dec 5 in the Playground Poker Club in Montreal Canada where Jonathan Roy was triumphant this time last year.