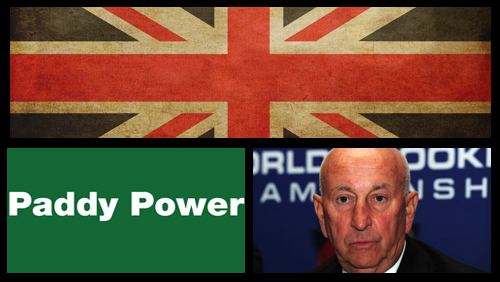 Fred Done, the owner of Betfred, talks about being stabbed five times by a disgruntled punter in the 1970s; Ladbrokes Morden killer trial continues as they also announce a partnership with Chelsea Apps Factory; PaddyPower set to launch a ‘Cash Out’ service and William Hill open a Centre of Excellence in Shoreditch. 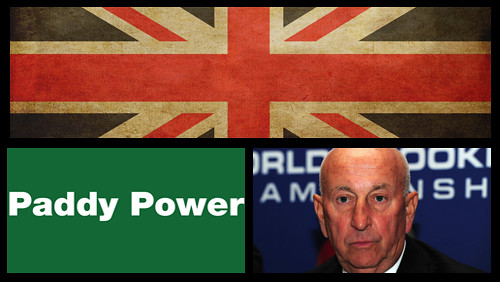 In a quick round up of UK gambling news we start with the enigmatic Betfred owner Fred Done who was recently spotted in the Mirror Online talking about a near death experience when working in one of his shops in the 1970s.

Done told the online newspaper that he was stabbed five times by a pissed off punter who had just lost a £50 bet on a horse rode by Lester Piggot.

“He stabbed me five times, twice in the head, in the back, in the arm and in the knuckle. I had 32 stitches in me and the surgeon said half an inch further and you’re dead.” Done told the Mirror before continuing, “The fella got four years for it, he’d just come out of prison. My wife was eight months pregnant, she was my cashier, and I was just covered from head to toe in blood. The first day the fella came out of prison he phoned me and wanted his money back. I said get lost.”

The attacker quite obviously wasn’t a Manchester United fan.

One man who wasn’t quite as fortunate as the Betfred owner was the former Ladbrokes employee, and father of three, Andrew Iacovou, who was murdered whilst working at the Morden branch of Ladbrokes last May.

Shafique Ahman Aarij is currently standing trial for the murder, and the court has just been shown footage of a man the prosecution claims to be Aarij entering the bookies and beating Mr. Iacovou to death with a hammer before stealing £296 from the counter.

Despite the panic button being pressed, nobody from the police force or Ladbrokes turned up at the shop leaving Mr. Iacovou dead, behind the counter, whilst gamblers continued to play on the machines and tried to place bets for more than an hour.

After the crime it’s alleged that Aarij caught the bus to Tooting where he wired the money to Pakistan. He was caught three days later when police found him on a bus in Ilford and made the arrest.

The prosecution has stated that, “The defendant is likely to claim he’s not guilty of murder, only manslaughter, because it’s claimed he was suffering from an abnormality of mental functioning.”

In much lighter Ladbrokes news, the UK Bookmaker has announced an interesting partnership with Chelsea Apps Factory, a team of experts that specialize in mobilizing businesses.

The partnership comes at a time that H2 Gambling Capital has unleashed one of their wonderfully insightful reports that claims the global mobile gambling market is expected to generate just over €19bn of gross win by 2018.

The partnership will see the Ladbrokes mobile sports book team relocating in a London office with a team from Chelsea Apps Factory, and the initial glare of the spotlight will be firmly entrenched on creating the perfect mobile product in time for the 2014 World Cup in Brazil.

The partnership complements Ladbrokes move to Playtech’s Mobenga mobile platform and follows sharply on the coat tails of the launch of the Ladbrokes Exchange earlier this month.

Ladbrokes Digital managing director Jim Mullen said: “With our move to the Mobenga platform on track and imminent, we need to ensure our mobile offer stays relevant for the customer in a rapidly evolving market.

“In teaming up with expert partners, we are taking the best in the market and applying them solely on the Ladbrokes product with a remit to constantly innovate, measure and improve our product.

“Customer expectations of the mobile experience are growing rapidly and we need to meet and exceed them to maximize value in this growing market.

“This is another step in the journey of our digital offer and with the World Cup in the summer likely to be the most competitive sporting event on mobile ever, we are acting now to ensure we are in great shape to attract and retain customers to our site from the World Cup and beyond.”

Mike Anderson, CEO of Chelsea Apps Factory, said: “In teaming up with a brand as powerful as Ladbrokes and in co-locating a dedicated team we can see an opportunity for the Ladbrokes brand to really punch above its weight in the market.”

Paddy Power Taking a Leaf Out of the Betfair Book

It seems to be pick on Betfair innovation month.

Not only have Ladbrokes chosen to launch their own Betfair style betting exchange, but Paddy Power have also announced plans to add a new ‘Cash Out’ option to its online gambling arm.

Betfair are currently the only gambling firm offering their punters the option to cash out their bets early, and the Irish Independent reports that Paddy Power expect to follow suit in November.

“In November we’ll be releasing the first of our cash-out products as well, which would be on football betting, and we expect that to launch over the next week or two,” Paddy Power’s managing director of online, Peter O’Donovan, told investors.

William Hill has announced the launch of a ‘major new technological center of excellence’ in Shoreditch East London.

William Hill Online managing director Andrew Lee said: “We see this as a hugely significant step in the history of William Hill and, indeed, our industry.

“We plan to tap into Shoreditch’s eco-system of development talent – we are a very strong, successful, brand and we have done this by evolving throughout our history.

“Our goal is to provide a unique and exciting experience for our customers through digital innovation and differentiation – being in Shoreditch, at the heart of Europe’s technical expertise, will help us achieve that.

“We are the first gaming company to move into Shoreditch, because it is clear the very best talent in Europe is based here – it lives and breathes innovation.

“Mobile technology is moving rapidly – the frequency is quicker, the scope broader – so being in Shoreditch gives us the best possible chance to anticipate and prepare for future developments, by hiring the brightest minds in the country.”