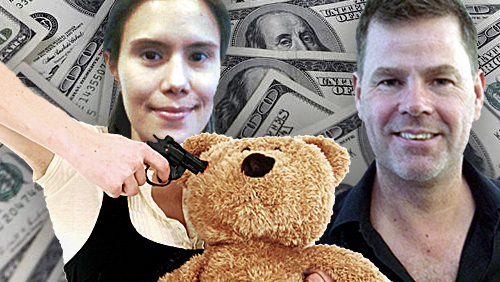 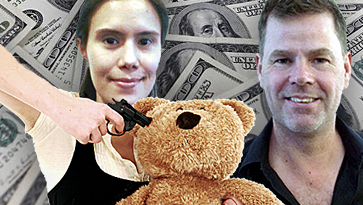 Probably the most salacious aspects of Robert Gustafsson’s ongoing smear campaign against his former employer Bodog were the kidnap and rape allegations made against Bodog brand founder Calvin Ayre. The mere whiff of sexual impropriety among the rich and famous is media catnip, capable of temporarily eroding editors’ critical faculties, a weakness Gustafsson (pictured far right) was apparently all too eager to exploit.

But as we’ll see, these allegations bear no resemblance to the truth and were filed for the sole purpose of deflecting attention away from the Gustafsson gang’s own criminal prosecutions, which include the embezzlement of hundreds of thousands of dollars from their former employer and the attempted theft of millions more.

The story began in August, when a female Bodog employee in the Philippines went AWOL, apparently to take up with Gustafsson’s posse of ex-Bodog malcontents. In September, this employee – whom we’ll call ‘Lily’ – filed two charges against Ayre for violating the country’s anti-rape laws. But just a month later, Lily reached out to some of her former colleagues who still worked for Bodog, claiming that (a) the charges she’d filed were bogus and (b) she was being kept under surveillance by Sylvia ‘Scissorhands’ de Guzman (pictured holding Teddy), another ex-employee who’d taken up with Gustafsson. Lily wanted to know if someone could help her escape Sylvia’s clutches.

Within 24 hours, Lily was sitting in a lawyer’s office, signing an affidavit confirming that her original claims against Ayre had been made under duress. Specifically, Lily stated that she had only filed the rape claim after being subjected to threats and intimidation by Sylvia. Lily confirmed that there was no truth to the rape charges and that she wished to have the charges dismissed.

The affidavit of retraction (full text listed below) states that after filing the original complaint, Lily “felt guilty, can’t sleep” and was “afraid of the judgement of the court and by God. I want to tell the truth.” Lily stated for the record that “I was never abused or raped by Calvin” and that the allegations in the original complaint “are all lies and void.” Lily extended “my sincere apology” to Ayre and to the prosecutor’s office “for my false allegations and lies.”

Lily explained her earlier decision to file the charges against Ayre as based on two factors: Sylvia had told her that “we are going to have a lot of money” if Lily agreed to file the rape charges, but Lily was also warned that “something bad will happen to me and my family if I will not do what [Sylvia] wants.”

THREATS PAR FOR THE COURSE
Lily’s affidavit was made on Friday, Oct. 11, but came too late to be filed with the Makati City prosecutor’s office. Over the course of that weekend, Lily received threatening phone calls from members of the Gustafsson gang warning her not to proceed with her plan. Lily also learned that Sylvia was at Lily’s mother’s house, refusing to leave until mom disclosed Lily’s whereabouts. Despite these threats, come Monday morning, Lily duly delivered her affidavit to the prosecutor’s office, where she swore to its legitimacy.

Sylvia’s penchant for issuing violent threats is quickly becoming the stuff of legend. She’s already been cited in a police report for having threatened to cut out the tongue of a bank employee who refused to assist Sylvia’s attempts to make unauthorized withdrawals from a Bodog corporate account in September. Regardless, Sylvia’s role in the bogus rape charges has left her liable for further legal action, as it is a crime in the Philippines to cause someone to make false accusations.

The rape and kidnap allegations aren’t the only nuisance suits Gustafsson, de Guzman et al have brought against Bodog and Ayre, who have also been accused of issuing grave threats, violating Philippine laws against estafa (swindling) and immigration issues. But as with the more sensational charges, these other allegations will in time be exposed as the desperate flailing of a gang whose poorly constructed house of cards is falling down around their heads.

Perhaps the full extent of the gang’s growing desperation comes via reports of Bodog staff recently receiving messages via Gustafsson’s personal Facebook profile threatening to publicly release sex tapes if Bodog didn’t back off its pursuit of legal action against Gustafsson et al. The Bodog staff that received these threats have told CalvinAyre.com that they’re at a loss for how to react, given the non-existence of such tapes. Perhaps Gustafsson hired James Cameron’s digital video editing team to superimpose other people’s heads onto the bodies in the videos he shot of himself during his Manila Rock Star phase? It might explain where all the money Gustafsson embezzled has gone, as he certainly isn’t spending it on getting sound legal advice.

Stay tuned to CalvinAyre.com for future updates on the gang that couldn’t shoot straight.

AFFIDAVIT OF RETRACTION
I, [REDACTED] currently living in [REDACTED], do swear in accordance with the Law, is stating that:

1. On September 6, 2013, i signed a sworn statement in front of ACP Leilia R. Llanes. I filed complaint against Calvin Ayre or Calvin Wilson with two counts of violation of RA No 8353 or “Anti Rape Law of 1997”.

2. After i filed the complaint, I felt guilty, can’t sleep and bugged by my conscience, I was afraid of the judgement of the court and by God. I want to tell the truth.

3. I was only forced and it was against my will to swear in front of ACP Leilia R. Llanes and sign the sworn statement.

4. The truth is, I was only scared and forced by Sylvia Bernadette De Guzman to invent a complaint against Calvin. Sylvia told us that we are going to have a lot of money if I do that. I was also threatened by Sylvia that something bad will happen to me and my family if I will not do what she wants.

5. The truth is that I was never abused or raped by Calvin. The allegations in the Sworn Statement are all lies and void.

6. I want to extend my sincere apology to Calvin and to this Office for my false allegations and lies.

7. I am retracting and no longer interested to pursue the fake complaint against Calvin. I hereby request for its dismissal.

8. I made this statement to verify everything stated here is true and nothing but truth. I verify that I have read this and I was informed of my legal rights. I signed and submitted this statement without threats , force, and monetary promises just to do it.

In witness thereof I hereby sign this statement this 14th of October 2013, in Makati City. 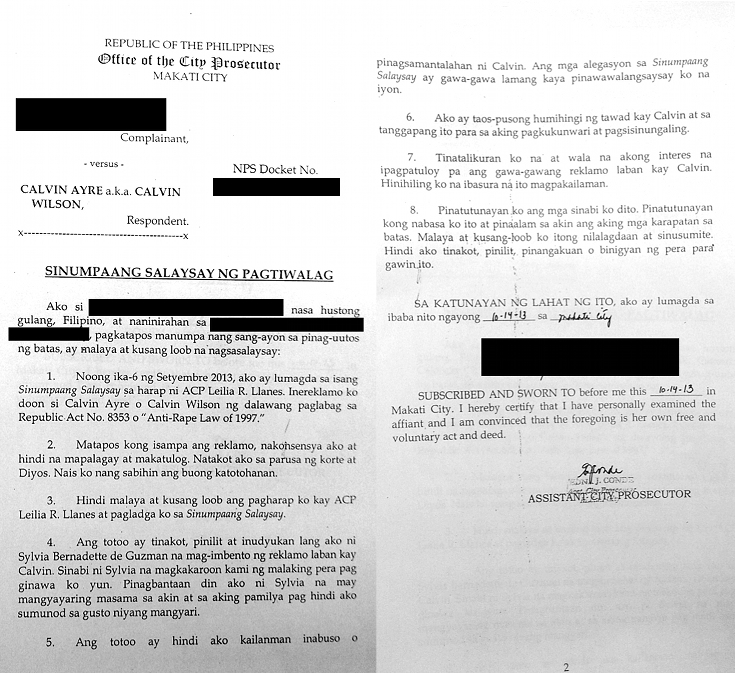