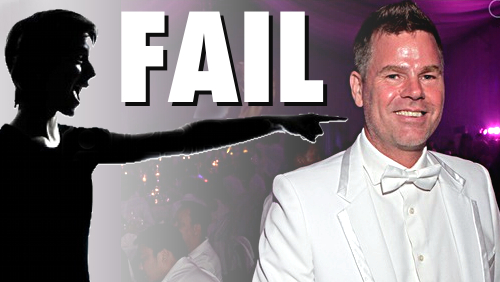 Sources have told CalvinAyre.com that last week’s raids on Bodog’s offices in Manila were sparked by false accusations filed by three former employees. The three ex-employees – Jan Robert Gustafsson (pictured), Sherwin Quiambao and Robbie Grewal – reportedly used their local partners to feed a judge unfounded allegations that Bodog was operating illegally in the Philippines. Despite the fact that Gustafsson and his allies are themselves the subject of an ongoing criminal prosecution in the Philippines, the judge authorized the Criminal Investigation and Detection Group (CIDG) to exercise a search warrant on the Bodog property.

Bodog staff have assured CalvinAyre.com that the company has always conducted operations in strict accordance with the terms of its license agreements with the Cagayan Economic Zone Authority (CEZA), the Philippine Economic Zone Authority (PEZA) and the First Cagayan online gambling regulatory body. Bodog staff categorically rejected any suggestion that the company had ever offered illegal underground numbers games to Philippine nationals. The staff said the Bodog legal team had quickly reasserted control of the premises and was in the process of having the illegal gambling allegations dismissed.

Gustafsson, Grewal and Quiambao are claiming to be with online payment processing company transact24 but the company denies any association. Gustafsson was dismissed from his Bodog position earlier this year, after which a global internal audit revealed financial irregularities that led the filing of charges against Gustafsson and two other former employees. Prior to his dismissal, Bodog staff said Gustafsson had exhibited symptoms of what’s known in the industry as Manila Rock Star syndrome, which may have led him to believe he was entitled to bankroll the launch of his own company using someone else’s money.

GUSTAFSSON’S SMEARS EXPOSED AS FABRICATIONS
On Monday, Gustafsson is booked to appear on Philippine journalist Erwin Tulfo’s TV5 program, where Gustafsson is expected to continue his smear campaign against Bodog and Calvin Ayre, the founder of the Bodog brand. Industry sources say that Gustafsson has hired a PR firm to spread wild claims about Ayre – including allegations of kidnap and rape – in a bid to distract attention away from Gustafsson’s own charges, the number of which are growing by the week.

For the record, the woman at the heart of these claims has since filed a legal statement with the Office of the City Prosecutor in Makati City to the effect that the allegations against Ayre have no basis in truth, and that she had been coerced by Gustafsson and his associates to make the claim. Since recanting her earlier statement, this woman’s family has been subjected to threats and intimidation from Gustafsson’s associate Sylvia de Guzman, who is already facing charges over a threat to cut out a bank teller’s tongue during a failed attempt to withdraw funds from a Bodog corporate bank account.