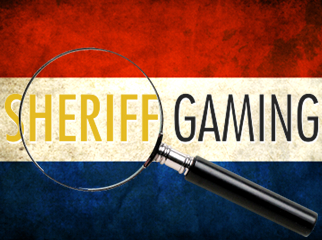 Dutch law enforcement officials have arrested four men, including the CEO of the parent company of 3D slots developer Sheriff Gaming, on suspicion of money laundering, forgery, illegal gambling and involvement in a criminal organization. The arrests, which took place on Monday, were announced on Thursday following a court appearance in Den Bosch.

In May, Dutch authorities revealed they were conducting an investigation that resulted in the seizure of 100 bank accounts and 80 residential and business properties in the Netherlands, Belgium, Germany and Spain. On Friday, Dutch media outlet Quote reported that the four men would be held for a minimum of two weeks while the investigation progressed.

The four men detained include Stijn Flapper, CEO of Sheriff Gaming’s parent company Bubble Group NV, brothers Michel and Maurice Gregoire and a 60-year-old man identified as a financial advisor to the other three men. Dutch public broadcaster Omroep Brabant reported that the National Prosecutor’s office had fingered 33-year-old Michel Gregoire as the leader of the conspiracy, which is alleged to have laundered millions of euros through a complex structure of companies including illegal online gambling sites. The police action in May resulted in the shuttering of seven online gambling sites connected with the accused.

Police say the group laundered a total of €110m, from which the trio netted a sum estimated at between €30m to €50m. The NL Times reported that the Gregoire brothers are believed to own real estate holdings in Spain worth €10m. Flapper and the Gregoires all appeared on the Quote Top 100 Young Millionaires list earlier this year. Quote has since reported that the trio had, through an intermediary, expressed their unhappiness at their wealth being publicly celebrated in this manner.

On Friday, Sheriff Gaming posted a notice on its site confirming that Flapper had been “invited for an official interview” at police headquarters concerning the allegations. The statement said that “finally, after a period of ambiguity and uncertainty,” Flapper would “hopefully learn the actual allegations against him and will at least be able to participate in the fact finding.” Sheriff is “convinced the suspicions do not relate to Bubble Group and remain confident about a good outcome; our business is the honest business of creating cutting edge 3D games whilst our activities have nothing to do at all with money laundering activities whatsoever.” Sheriff says that it intends to conduct “business as usual” and will provide updates as necessary.