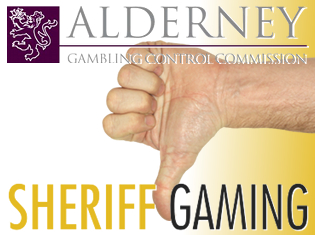 A brief notice on the AGCC’s website suggested that a closed-door hearing in London on Oct. 29 had done little to alter the AGCC’s view of the situation, saying only that Bubble Group’s Category 2 Certificate “remains suspended until further notice.” The original suspension notice cited section 12(1) of the AGCC’s regulations which deal with requirements for licensees to be deemed ‘fit and proper’ people.

When its license was first suspended, Bubble Group issued a statement saying it regretted that the AGCC had chosen to act before presenting “any true and hard facts” to the company supporting the suspension. Bubble also claimed to have received two notifications from the Dutch district attorney since the investigation began saying there was “no doubt that Bubble’s activities, its development of games and licensing of these games are entirely legal.”

The AGCC was widely criticized for its apparent lack of oversight of the shenanigans that ultimately brought down former licensee Full Tilt Poker. While a report by the former head of the UK Gambling Commission largely exonerated the AGCC’s actions, many others weren’t so easy to forgive, leaving open the possibility that the tough stance against Bubble/Sheriff is at least partly intended to rebuild the AGCC’s image as an uncompromising regulatory body.

The charges laid by Dutch authorities in May were accompanied by the seizure of 100 bank accounts and 80 residential and commercial properties in Holland, Belgium, Germany and Spain. Flapper, along with brothers Maurice and Michel Gregoire, were accused of dealing ‘soft drugs’ and operating seven online gambling sites, all of which were subsequently shut down.