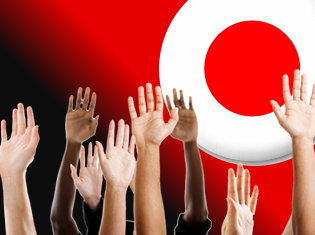 The roster of casino hopefuls in Japan grew a little longer on Friday with the news that the country’s top property developer is seeking to build a gaming joint in Tokyo. Mitsui Fudosan Co. has teamed with fellow builder Kajima Corp and the country’s largest media conglomerate Fuji Media Holdings to build an integrated resort complex in Odaiba, the artificial island in Tokyo Bay. Reuters quoted Mitsui Fudosan executive managing officer Masatoshi Satou saying the would-be casino partners were acting from a desire “to get involved and make a contribution to help Tokyo become a more attractive city,” leaving out the desire to beautify the partners’ bank accounts.

The partners have submitted a proposal to the government regarding their Tokyo plan, but haven’t offered any further specifics, such as whether they intend to team with a veteran casino operator to handle the resort’s gaming operations. Their proposal would face competition from developer Mori Building Co Ltd., which already has an ownership footprint in the Odaiba area, and is believed to be discussing its own plans with prospective partners.

All of these plans are contingent on politicians finally passing the necessary legislation to authorize casino gambling in Japan. Parliamentarians are scheduled to meet Tuesday to finalize the bill they hope to submit to the Diet before the current legislative session ends Dec. 6. Once introduced, the bill is expected to pass sometime in 2014, leaving open the possibility that Japan’s first legal casino could open its doors in time for the 2020 Olympic Games in Tokyo.

In the meantime, Japan continues its fight against unauthorized gambling operations. This week saw Tokyo Metropolitan Police dismantle an illegal gambling operation offering online casino games via a website based outside the country. The Fuji News Network (part of the aforementioned media conglomerate) said the Ocean club sold ‘points’ to customers with which to gamble and which could later be redeemed for cash. The operation reportedly earned ¥36m (US $363k) since March. Yomiuri Television quoted Ocean’s manager, Takashi Higa, as saying that “compared to normal work, this is a good way to earn an income.”

Similar justifications were cited by the principals behind an illegal bookmaking operation taken down by Tokyo authorities this week. The operation reportedly collected ¥100m (US $1m) in the past six months from punters wagering on horse and motorboat racing. Wagering on these activities – as well as bicycle and motorcycle racing – is legally available in Japan via licensed operators, but the Satellite Win shop in the Kabukicho red-light district didn’t have a license. TBS News quoted the ring’s leader, Satoshi Kanbara, explaining his motives thusly: “Bookmaking is profitable.” Gotta hand it to these Japanese gambling entrepreneurs, for whom honesty – at least, once they’re caught red-handed – appears to be the best policy.