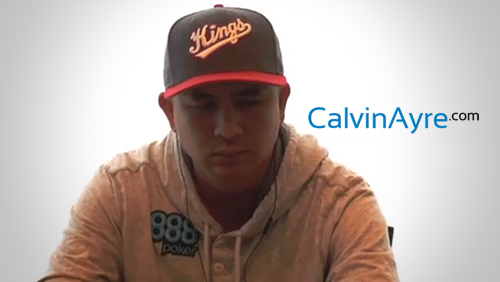 JC Tran has just one cash since the Main Event final table went on hiatus, but it was a big one. He took second place in the first-ever WPT Alpha 8 tournament, a $100,000 buy-in no-limit hold’em tournament at the Seminole Hard Rock Poker Open in Florida in late August. He faced off against an elite field of 21 players and made it past all of them save eventual champion Steven Silverman, walking away with $526,890. He’s also playing at WSOP Europe, which has been pretty kind to November Niners in the past. Aside from playing poker, Tran has been taking his son fishing and otherwise spending lots of time with his family. Considering that’s what he’d been doing from last summer to this one, his opponents probably would have preferred that he do just about anything else. A calm and grounded J.C. Tran is just about the last man any poker player wants to face off against. Checkout interview with fellow WSOP Final Table contender David “Raptor” Benefield, Mark Newhouse, Michiel Brummelhuis, Sylvain Loosli, and Marc Etienne McLaughlin.