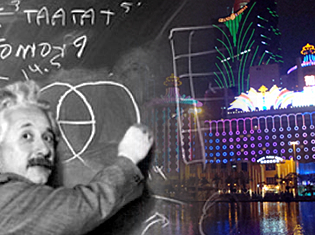 Earlier this month, Macau‘s casino regulator felt it necessary to publicly disavow a Hong Kong bank’s claim that the world’s top gambling hub was considering relaxing its infamous cap on table games. As of December 2012, there were supposed to be around 5,500 tables in use in Macau casinos, and the local government capped annual table growth at 3% until 2022 (when the last of Macau’s casino concessions expires). Analysts at the Standard Chartered bank had suggested legislators planned to increase the growth rate to 4%, but the Gaming Inspection and Coordination Bureau (DICJ) called these reports “rumors” and insisted it “does not have any plan to relax the table cap.”

Not everyone is taking this as gospel, pointing to January’s statement by Secretary for Economy and Finance Francis Tam Pak Yuen that the cap could be waived in specific cases where the operator had devoted a certain percentage of the facility to non-gaming activities. Regardless, Union Gaming Research analyst Grant Govertsen estimated that compound 3% growth would result in around 1,900 new tables by 2022, while the 4% scheme would produce 2,800 new tables. Both figures are well below the 3,421 tables Macau Business Daily estimates all those shiny new casinos being built on Cotai are expecting.

Table scarcity may become even more acute if calculations in a recent Morgan Stanley report prove accurate. Based on a study of Macau’s gaming floors, the report estimated the rate of table growth through the first nine months of 2013 at 5%. That led analyst Praveen Choudhary to suggest Macau will authorize fewer tables over the next two years to compensate for the overheated start, leading to slower revenue growth and less reason to hold onto Macau casino stocks in the short term.

Then again, calculating the actual number of tables in use in Macau is a formula with no shortage of variables. For starters, casino operators routinely shift underperforming tables between properties, making an accurate count a literal moving target. Last June, multiple analysts claimed Macau already had over 5,600 tables in operation. This June, the chairman of Macau Legend Development claimed to have received authorization from the DICJ for 350 new tables “outside the current table cap.” Are these included in the total table count used as the basis for compound growth? It’s possible even the DICJ doesn’t know.