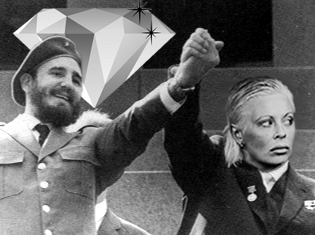 Online poker outfit cum Ponzi scheme Lock Poker has left the Revolution Gaming Network, relaunching itself on a separate software platform it’s dubbed Lock Poker 2.0. The moves comes less than a year-and-a-half after Lock left the Merge Gaming Network for the Cake Poker Network, which subsequently rebranded itself using the Revolution moniker. At the time, Lock was said to have acquired the network outright, but Lock later denied having ever completed the takeover, a shift that dovetailed nicely with a litany of player complaints over slow-pays and no-pays that have become a colossal joke for everyone who doesn’t actually have money on the site.

Lock’s new software is reportedly the result of a third-party development group building something from scratch, but the rollout had @PokerAddict John Mehaffey wondering if someone had grafted a Lock logo on the old Poker.com software. In more verifiable changes, Lock has shifted from the dealt rake formula to the weighted contributed method, while retaining its 36% rakeback offer. All points, tournament tickets and such will be ported over to the new platform to ensure future unclaimability.

As for whether any of this will change the fact that some Lock players are still waiting on withdrawal requests from 2012, Lock spokesman/forum whipping boy Shane Bridges told PokerFuse that the company had rolled out a new cashier in tandem with the new software and vowed that November would bring “several new options” for denying player withdrawals. Perhaps a multilingual option, in which the word ‘no’ is randomly replaced with non, nein or nyet. Either that, or the missile-laden fighter jet that now adorns the Lock home page is an implied threat that merely asking for the return of one’s money will be greeted with a deadly rain of ‘Lock & Awe’ from high above.

In justifying its move away from the network it now insists it never owned, Lock cited “numerous and ongoing breaches of contract by the current network operator.” This recalls the famous anecdote about former Soviet premier Nikita Krushchev handing his successor two envelopes. Krushchev told the incoming premier that if he found himself in a political pickle, he should open the first envelope. If/when he got into trouble again, he should open the second.

As everyone knows, Krushchev’s first letter contained an instruction to blame everything on Krushchev, while the second letter instructed the reader to sit down and write two letters. With the finger of pseudo scorn now squarely pointed at Revolution, Lock CEO Jennifer Larson has only one letter left in her desk drawer (perhaps because Lock doesn’t have enough money to put a stamp on it). Lock may go on dealing cards for a while longer, but like Bruce Willis in The Sixth Sense, eventually even Larson will be forced to admit that Lock’s been dead for some time now.