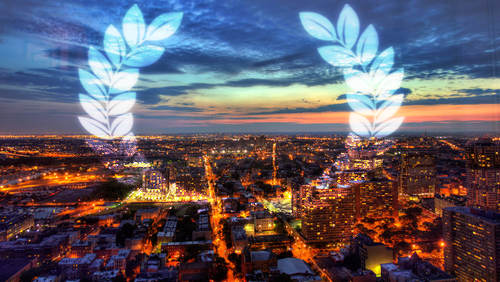 The online gambling news is awash with rumors that Caesars Entertainment Corps. (CZR) and Wynn Resorts Ltd. (WYNN) are about to get cozy in New Jersey; WSOP.com get frisky with their online poker ad campaigns, and International Gaming Technology (IGT) are to supply 7k video poker terminals to Caesars properties.

When Gov. Chris Christie paved the way for legalized online poker in the state of New Jersey, the minds of the gambling avant-garde went in

to over drive. One of the stipulations of operating an online gambling business was the gambling servers had to be located inside the brick and mortar of a land-based casino based in Atlantic City.

Rational Group were off and running no sooner had the stench of cordite hit the air. Negotiations to purchase the Atlantic Club Casino began as a way of dropping the anchor for the world’s largest online poker room PokerStars; but those negotiations would crumble and Stars would later sign a deal with Resorts Casino Hotel instead.

Only Revel and the aforementioned Atlantic Club casino are yet to make-out publicly with an online gambling operator, but one unlikely pairing has risen from density of complicated paperwork and that is between CZR and WYNN, as news reports suggest that CZR is soon to grant permission for WYNN to house their gaming servers inside their properties.

This exercise in back scratching is the extreme example of how far casinos are likely to go to make online poker work in the United States. Particularly, when you consider the heat of competitiveness that is currently being generated in Boston and Las Vegas between the two giants.

The one common denominator is 888 Holdings Plc. (888), who have online poker agreements with both Wynn and CZR.

“As the online business rolls out on a state-by-state basis, everyone will need to partner with someone,: Itai Frieberger COO of 888 told Bloomberg,” You’ll find very strong partnerships in some cases with competitors in order to get a license.”

We will keep you updated in progress as it hits the stands.

WSOP.com get frisky with their adverts

It was back in February that news broke of the partnership between the creative agency Zambezi and Caesars Interactive Entertainment (CIE), and the fruits of that labor are currently pouring out of televisions, radios and other advertising outlets in the state of Nevada.

The ads are funny, risqué and have an air of PaddyPower cheekiness about them. In one television ad there is an amateur playing live poker at the WSOP where he shares a table with Poker Hall of Famer nominee Scotty Nguyen. The amateur gives off the strength of his hand through over-exaggerated tells, prompting the Prince of Poker to say, “You’re lying baby,” before calling the young man’s bluff.

In other adverts there are mentions of playing poker in your underwear and also playing whilst emptying one’s bowels, ‘catching a flush while I flush,’ comes the commentary.

“We are creating new behavior. This is the first time that it’s legal and regulated and online,” said Chris Raih, founder of Zambezi. “So we are trying to remind people about all the opportunities they have to come play a few hands.”

In another advert a beautiful young lady tells you that, “WSOP.com wants to help you talk like you have a pair,” a hard looking man tells you that he, “likes slipping in through the back door,’ and a more mature creature of sexiness reminds us that we, ‘just love shoving our stack in over and over hoping something will come out of it,” before reminding us, ‘although this may sound like fun eventually you’ll be all dried up.”

It’s all very Captain Pugwash if you ask me. The 1960s children’s cartoon that contained characters such Master Bates, Seaman Staines and Roger the Cabin Boy.

International Gaming Technology (IGT) and CZR have signed a deal that will see the former supplying the latter with 7,000 AVP Video Poker Terminals to CZR properties throughout the country, in a move that is though to be the biggest renovation of gaming equipment the company has made in over a decade.

The news comes after our own Vince Martin told us that IGT stock had risen 66% in the past 11-months, and over 26% in the past six. IGT have increased the number of units shipped to 13,400 machines during the first quarter, which is an increase on the 11,600 this time last year.