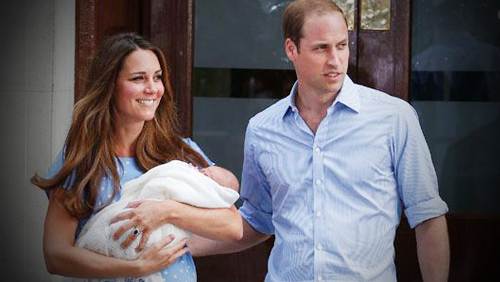 Online betting sites had a field day taking in bets from the hysteria surrounding the birth of the royal baby a few months ago. In some ways, that was expected considering that folks from the UK love betting as much as they do anything involving the Royal Family.

So when you put one and one together, it makes for a cash windfall from these betting sites, something that a lot took full advantage of in the run-up to the Dutchess of Cambridge giving birth to who is now the world’s most famous baby, Prince George Alexander Louis.

But while the hysteria may have died down for some books, one, in particular, is continuing its royal baby novelty bets with a long list of props attributed to the near and far future of the third-in-line to the British throne.

And to no one’s surprise, it’s the online betting site that has made a habit of offering some of the most outrageous prop bets you can find: Paddy Power.

If Prince George’s first word doesn’t catch your betting fancy, Paddy Power also has odds for what his future career is going to be. The odds-on favourite is him following his daddy’s footsteps to join the Royal Air Force (15/8). Coming in second and third are also branches of the military with Army (3/1) being offered slightly lower than Navy (4/1). The shortest non-military line is Professional Equestrian Events (6/1) while a little ways down include Art (8/1), History (16/1), Modelling (80/1), and Party Planning (100/1). Maybe Prince Harry can steer his nephew towards that direction?

Paddy Power’s novelty bets involving Prince George is yet another notch in the cap of the Irish betting firm who doesn’t seem to run out of peculiar and amusing ways to get people to bet on its offerings. Just goes to show that when a topic as hotly discussed as Prince George continues to have some traction, Paddy Power is there, no more than two steps behind ready to provide some action to its bettors.

Par for the course for Paddy.