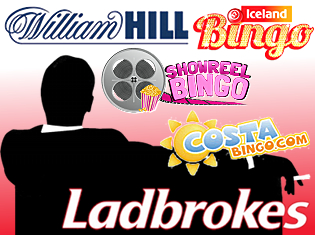 UK bookies William Hill are on the hunt for a new advertising agency in Australia, ahead of their planned brand consolidation down under. Hills owns the Australian-facing Sportingbet, Centrebet and Tom Waterhouse brands, but Hills’ boss Ralph Topping has already let it be known that the former two are due for the axe, while the terms of the Waterhouse acquisition may keep it in the public eye until the end of 2015. Meanwhile, AdNews reported that creative agencies are pitching this week for the right to handle the consolidated operations of William Hill Australia. Sportingbet’s creative is currently handled by UM, while Fenton Stephens handles the Waterhouse account.

Clearly, there’s something about going to Australia that breeds dissatisfaction with one’s creative contractors. Fresh off making its own Aussie acquisition, Hills’ UK rivals Ladbrokes are shopping around for their own new Mad Men. The Drum reported that Lads’ current agency SapientNitro – the folks behind the ‘Game On’ campaign featuring Italian football hooligan Tiziano Crudeli – has been invited to the advertising version of Thunderdome to fight for their job.

Meanwhile, it’s officially bingo season, which is apparently anytime the kids are back in school and moms can finally get back on the computer. How else to explain the simultaneous push to promote by UK bingo outfits? BGO (ex-Mandalay Media Group) subsidiary Costa Bingo started the fun with a £4m television campaign featuring its familiar CGI shorts, but longer 30-second spots are currently in production under the watchful eye of London agency MWO. Costa Bingo operates as part of 888 Holdings’ Dragonfish B2B subsidiary.

Another Dragonfish offering is Iceland Bingo, the online bingo division of frozen food retailers Iceland. Iceland’s television ad campaign began running on Wednesday and is scheduled to continue insisting that “Mums love it” until November 3. Finally, 15 Network site Showreel Bingo will launch its first ever digital TV ad campaign commencing Oct. 1 and running until the calendar switches to 2014. The Alderney-licensed site’s campaign is being handled by 15 Marketing, whose managing director Ben Starr believes will go a long way towards boosting the year-and-a-half-old Showreel’s market share.