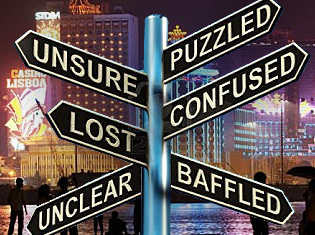 Macau casinos could suffer a VIP gambling slowdown early in the new year, if economic indicators from the Chinese mainland follow traditional patterns. Wells Fargo & Co. says ‘social financing’ aka credit activity on the mainland went on a tear over the first half of 2013, but has since tightened up considerably. Since Macau’s gambling activity has typically mirrored these indicators following a six- to 12-month delay, Wells Fargo believes Macau should enjoy continued VIP gambling growth through to the end of the year, but could see these figures retreat early in 2014.

Tightening credit isn’t the only thing keeping VIPs away. Even before former Communist Party rising star (and alleged Neptune Group junket associate) Bo Xilai was sentenced to life in prison this weekend, the public war on corruption by new Party leader Xi Jinping was manifesting itself in far less dramatic arenas. Earlier this month, Forbes reported that state-owned high-end liquor distiller Kweichow Moutai reported growth of 3.6% in H1, the lowest rate of growth in the company’s 12 years on the Shanghai exchange. The company reportedly derived as much as 40% of its sales from government officials, who are now frantic to avoid being seen as living beyond their means, let alone getting caught blowing public money via a Macau casino junket.

This crackdown on public extravagance has even hit the seasonal ‘mooncake gambling’ phenomenon in Fujian Province. Before this year’s Mid-Autumn Festival, a communiqué went out from officials in Xiamen that public money was not to be used for the traditional ‘Bo Bing’ games, where players tossed dice to win simple foodstuffs, but in recent years had come to offer prizes ranging from laptop computers to luxury watches.

MASS MARKET TO THE RESCUE
The effect of a VIP shortfall in Macau could be blunted by gathering strength in the mass market sector. Earlier this month, Macau Business Daily reported unofficial data from Macau’s Statistics and Census Service that showed a whopping 44% year-on-year growth in mass market gaming during the month of August, significantly outpacing the VIP sector’s 7.9% growth. Fitch Ratings in Hong Kong suggested China’s policy of encouraging “steady Chinese household consumption” should ensure that mass market revenue growth continues to outpace the VIP sector.

BEIJING GROWING IMPATIENT
The thriving mass market may go some way towards mollifying Beijing, which has long been harping on Macau to get a move on in diversifying its entertainment options beyond the casino floor. But this month brought renewed criticism from Bai Zhijian, director of the Government Liaison Office in Macau, who repeated Beijing’s concerns that “insufficient” progress was being made at providing non-gaming attractions for visitors.

Beijing would prefer Macau to be more like Singapore, where gaming revenue is actually on the decline but non-gaming revenue is rising by double-digits. From the start, Singapore put its emphasis on boosting tourism rather than merely promoting gambling, with the result that visitor arrivals to Singapore are up nearly 50% since the first casino opened in 2010. At the same time, non-gaming attractions at Singapore’s two integrated resort-casinos accounted for a quarter of total revenue in the three months ending June 30. In Macau, non-gaming’s share of overall revenue is a mere 10%.

Macau’s problems have partly stemmed from a decided lack of space on which to build non-gaming attractions. But Pansy Ho, the minority partner in Macau’s MGM China operation, thinks neighboring Hengqin Island could be Macau’s “perfect solution.” Last week, Ho told the Global Tourism Economy Forum that the Chimelong Ocean Kingdom theme park – the first phase of a complex that will feature a 1,888-room hotel – would open for business on Hengqin in November. It’s a start, but will it be enough to satisfy Beijing? Or will they let it slip (again) that they’re considering letting those ‘cashless’ casinos on Hainan horn in on Macau’s action?