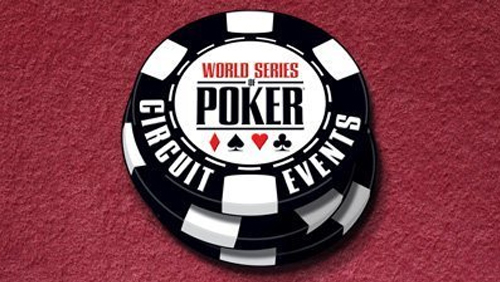 The World Series of Poker Circuit (WSOPC) is celebrating its tenth birthday this year, and festivities have already begun at the IP Casino Resort and Spa in Biloxi, where we can bring you news of the first two victories. 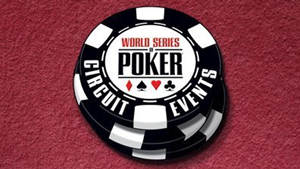 The amateur Pomranky took the title, and $16,502 in prize money, after cashing for only the third time in his life. Stark contrast to the man he defeated in heads-up action. Ylon Schwartz is a WSOP gold bracelet holder, a WSOP Main Event final tablist and boats $4.6m in live tournament earnings; but on the day even Schwartz couldn’t wrest that gold ring from the knuckle of Pomranky.

“I’m very excited to beat a field that had some really spectacular players. I’m proud of the way I played,” Pomranky said. “I’ve seen [Schwartz] on television a number of times and I did a lot of Internet research on him. I read an interesting article where he said his strategy was to grind away and win small pots. I kept that in the back of the mind and I saw him doing that at this table.”

The first event was deemed a success by the WSOPC after they saw an increase in field size by 10%. Charles Haynes was the oldest competitor to enter the contest at 80-years-of-age.

Once again professionals joined amateurs as the final table saw the presence of the former November Niner, John Dolan, who finished in sixth position back in 2010 – Dolan taking fourth spot in this one.

The victory earned Irby his second WSOPC gold ring after capturing his first in Maryland back in 2010. Despite the field being slightly smaller than Event #1, it still represented an 87% increase in field size compared to this time last year.

Both Pomranky and Irby now have maximum points on the Casino Championship leader board. At the end of the season the top 60 players will receive automatic entry into the WSOP National Championships, set to take place at Caesars Atlantic City this spring.

Jonathan Hilton won the 2012/13 WSOP National Championship when he defeated Max Steinberg in heads up action to take the title and $355,599 in prize money and a WSOP gold bracelet.

Players who were fortunate enough to be playing poker in participating Caesars properties on the Las Vegas strip at 09:15am on Saturday, Aug 31s, all received $4,994 just for being there, as the Mega Beat Progressive Poker Jackpot was struck during a hand at the recently opened Quad Resort & Casino Las Vegas Poker Room.

102 players received a payout after the quad jacks of Micah Kreischer lost in a hand against the straight flush of Omar Abu-Eid. The Mega Beat Progressive jackpot has been in operation since the beginning of January, and it has the potential to climb into the seven-figure region. This time the jackpot stood at $727,770 with Kreischer taking home $150,599 for having the losing hand, and Abu-Eid took $77,771 for the winning hand.