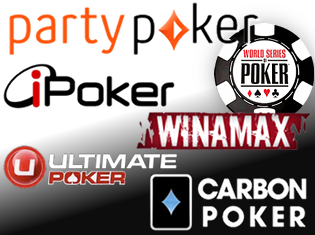 The revamped Party Poker software finally made its debut this week, although takeoff was a bit bumpy. Apart from an assortment of technical teething pains – the log-in-crash feedback loop was a particular hit – the reduced font size has many players wondering if Party has purchased stock in Lasix. The effect is particularly inscrutable the more tables you add, making it akin to aversion therapy for grinders, part of Party’s belated conversion to the wisdom of focusing attention on the needs of their more recreational players.

Chief among the Party software’s new features is a strong social component, including the completion of various missions and achievements (see marketing clip below), which you and your friends earn like Girl Guide badges and then take great delight comparing whose sash is filling up fastest. But for many players, the software glitches made accomplishing one of the easiest missions (taking a seat at a table) akin to climbing Kilimanjaro. Last month, Bwin.party CEO Norbert Teufelberger described the software as a “disruptive” force that would “challenge” player perceptions, but this was proving more of a challenge than most players had been perceiving. Players are bracing for the worst come Sunday when the tournament volume heats up.

IPOKER, CARBON GOING MOBILE
Betfred, Coral Poker and Titan Poker are poised to become the latest iPoker skins to roll out the network’s new mobile offering, following the lead set by Bet365 and Winner Poker earlier this week. The mobile client supports a full range of iOS and Android devices, but Coral is (for the moment, at least) skipping the Android bit and a Betfred spokesperson told Pokerfuse that they wouldn’t officially go live with the product until Sept. 16. Meanwhile, Carbon Poker has become the first Merge Gaming skin to launch a mobile client, following a testing process that began back in February. The browser-based interface works with all platforms, but is not currently optimized for Android. 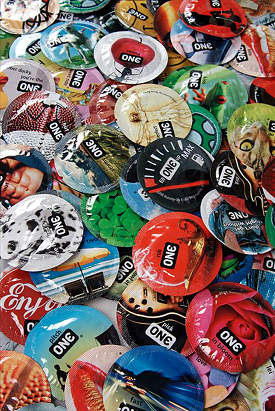 Tom Marchese has agreed to join Antonio Esfandiari, Jason Somerville and Dan O’Brien as a member of Team U, the elite fighting force from Ultimate Poker, the first (and to date only) Nevada-licensed online poker site. Sylvain Loosli has struck a similarly nationalist stance by signing with French online poker market leaders Winamax, whose pro roster includes the likes of Gaëlle Baumann and Ludovic Lacay.

POKERSTARS PREPARES FOR GUESTS
PokerStars has scheduled its next set of player meetings for October 28-30. Two lucky 2+2’ers will be selected to represent the online poker community in meetings with Stars management and key staff. Anyone can throw their name in for consideration to become one of the proud pair sent to tell Stars how to do their jobs, but you have to get your nominations in by September 20. Further info here.

NO, YOU SAY ‘POKE HER’
Finally, this has nothing to do with online poker software; in fact, soft is the last word you want associated with these wares. Ontario’s Brock University held its Freshman Poker Tournament on Thursday, the highlight of which is the Condom Poker event. The annual event utilizes 35k ONE brand condoms, which come in round wrappers that look and feel like poker chips (pictured right). The ‘chips’ are also used to mark cards in the tournament’s ‘Dirty Bingo’ games. Brock’s special events coordinator Jimmy Norman thanked ONE for the donated condoms, which he said helped promote “safe sex and smart decisions” by first-year students. How he managed to resist saying the condoms helped players with their ‘all-in shoves’ remains a mystery.