Home / Business / Could social gambling become a gateway to real money gambling? Or can we ever convert the veggies? 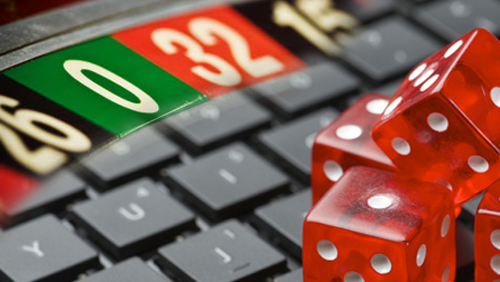 Certainly looking at the way in which traditional gambling companies have fallen over themselves to jump on the social bandwagon and the contra move by social companies to engage with real money offerings it would seem that many people think that there is a real over-lap and cross-over between social and real. 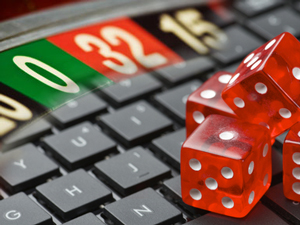 The initial data from social operators suggested that there was a huge parallel between not only the games offered on social and real gambling platforms, but also the player profile – especially in relation to slot style games. Quotes from industry luminaries suggesting that the gambling sector had perhaps missed a trick, lauding the referral and acquisition potential of social networks, married with the staggeringly high user numbers and markers of financial success added to the mix – but beyond the theorising and not unreasonable assumptions, has anyone to date proved a causal link to any degree of success?

Whilst the available data has been very positive, it is also very insular and partisan. The great ‘success’ news-bites have largely been generated by those in whose interests it is to vault the positive, or driven by performance in territories where real money gambling is not legitimately available.

Recently we have come tantalisingly close to answering the question is social a possible gateway to real money – Facebook opened its doors to real money gambling, Betable launched its turn your free game into a real money game in the blink of an eye, or 20 lines of code, and Zynga jumped into bed with B.win. This was it. The moment we’d all been waiting for. The moment where we finally found out whether social and its fancy pants premium model (otherwise known as how to make money out of free play – yes, the bookies did miss a trick!) could be the new conversion worm hole to real money.

So, what did we find out? Very little it would seem. It might be that it’s still very early days and we don’t have enough experience to be able to pronounce either way; that those who fed the initial social boom have got bored and moved on before Facebook let the gambling firms in (how many of you still use Facebook as much as you did a couple of years ago?) or it could just be that it didn’t meet expectation, and the reality is that social, or free to play gamers, are exactly just that. They are not real money gamblers and have no interest in it, which is one up to the Social Gaming Association et al and their stance – they are not gamblers and the gambling regulatory community can heave a sigh of relief, and back off.

So, let’s go back to basics and look at the start of the customer experience – motivation. A gambler gambles – A gamer games. A gambler wants to win money. A gamer wants fun, entertainment, bragging rights, prestige, social interaction, a nice avatar, anything and everything except money. You may on occasion pay to extend or enhance the experience – but that’s all it is.

To a gambler, social slots are nothing more than paying for free play – what’s the point. Offering social to gamblers is a little like offering Tofu or some other soya/protein based meat substitute to a meat eater – it might look like meat and feel like meat, and perhaps even taste a bit like meat, but it’s not meat – it’s not what they want.

Turn this on its head and social gamers are the veggies. They are not interested in real meat, but they may occasionally dabble in something which looks and feels and sometimes even tastes like meat – but safe in the knowledge that it isn’t.

If we look at it like this, then that perhaps helps explain the social to real conundrum. The veggies have made a conscious decision and are unlikely to be cajoled into the realms of carnivorous activity – the odd one may lapse but by and large in the shared fridge of gaming their shelf remains meat free.

It may also explain why social is staggeringly popular in those parts of the world where gambling is illegal. In a world of enforced herbivorous activity a carnivore will happily console themselves with something that mimics the real thing, and as such social presents an outlet, and a lucrative opportunity to fill a void.

We also know that there are meat-eaters who know they over indulge and need or want to reduce their consumption for several reasons not least cost, impact on health, etc. which interestingly moves the discussion from social to real, to from real to social – with some tentative research suggesting that some have reduced their consumption of ‘meat’ by using a ‘veggie’ substitute – that however, my fellow meat eaters is a completely different discussion.

Christina Thakor-Rankin is Principal Consultant at 1710 Gaming, working with start-ups, evolving and established operators, regulators and industry groups internationally. www.1710gaming.com  If you wish to submit your own editorial please contact Bill Beatty.