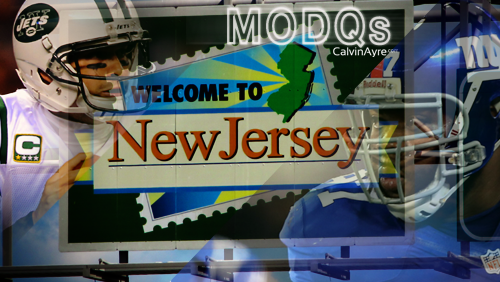 As United States legislators continue to be seduced by the potential tax dollars available from online gambling, opportunities are appearing around every corner. Whether it’s state politicians revealing hopes of an interstate compacts, iGaming applications from influential casino magnates or simply proposed bills, there’s much more reason for the US gambling industry to be optimistic now than ever before.

One particular possibility that many had not even bothered entertaining for a long time is that of legalised sports betting across the United States. The Professional and Amateur Sports Protection Act (PASPA) has put paid to almost all sports betting across America since 1992. Of course, Nevada casinos have their sportsbooks but outside of them you’ll only find NFL parlay bets in Delaware and fantasy football in Montana – hardly a bettors paradise.

However, a recurring theme throughout the regulation of online gambling in the US is present once again as the eyes of the industry are on New Jersey. The state is taking its case to pass a law allowing sports betting in Atlantic City casinos and horse tracks to a federal appeals court in Philadelphia.

After New Jersey voters voted in favour of legalising sports betting in 2011, a bill was passed in state congress before a federal judge blocked it after siding with the opposition – the country’s professional sports leagues. The review process is currently taking place and we’re told to expect a ruling in the next few weeks.

Returning to the title of this article, the fact that this article is necessary shows that the appeal does hold some significant significance. But with the plethora of proposed bills, committee recommendations and outspoken politicians, this particular appeal could easily blend in as one of the many. It shouldn’t though, as one of the possible outcomes could make it so much more significant than that.

Before spending time on considering the impact of a ruling in New Jersey’s favour, it’s worth looking at whether that’s actually going to happen. The 2-to-1 vote in favour of sports betting by New Jersey’s gives the case a solid foundation although the initial ruling made by the federal judge is obviously a concern.

The professional sports leagues that took the state to court did so on the grounds that the games are owned by the leagues and they “have a legitimate interest in controlling whether these games are going to be sporting events and not gambling events.”

While the federal judge was sympathetic to this view, a ruling made by the Supreme Court in June upended the Voting Rights Act, adding further weight to New Jersey’s argument.

As well as being recognised as one of the leading experts in gambling law, Professor I. Nelson Rose has a particularly thorough knowledge of this subject having been an advisor to Delaware upon the reopening of its sports betting activities. His thoughts about which way the New Jersey appeal will go seem pretty clear.

“This is the first time in history that federal law has said that states cannot change their policy towards gambling,” he explains.

“There are a lot of reasons that that law is unconstitutional and that’s one. The other is that it grandfathered in the states that had legal sports betting back in the early 1990’s. Because of this it says that about a dozen states can have sports betting and the rest can’t based on what they were doing in the early 1990’s. That’s like having a federal law that says only movie theatres in some states are allowed to have sound and the rest aren’t. “

So if all goes to plan, it looks like New Jersey should be successful. This would obviously lead to the creation of sportsbooks at casinos and racetracks around Atlantic City, but it might also mean so much more than that.

Professor Rose reveals that had the initial ruling gone the way of the Garden State then it would have had pretty big implications on the other side of the country.

He explains: “Everybody was waiting to see what the court would do. If the trial court had decided in favour of New Jersey, California would have legalised.”

As we all know, the size of California makes it a pretty big deal and if California is able to legalise a new form of betting – be it sports betting or online gambling – then the rest of the nation will feel that they can too.

Given that that was the case for the initial trial, should the appeal be succesful then that is perhaps what we can expect. It won’t necessarily be a fast process as California legislators have the unenviable task of having to keep Indian tribes and existing card clubs happy while attempting to raise as much money as possible from external operators. But if California are able to show that they can do this succesfully while keeping the kids safe then we can expect many others to follow.

Once sports betting is legal in a state then the natural progression for it is to go online assuming that online gambling is also legal in the state. One such example where this is already possible is Delaware. Professor Rose explains how he advised the state on this subject.

“I told Delaware that they can do internet sports betting but the problem is that you have to be physically present in Delaware and Delaware is a very small state,” he says.

Here is another area where interstate compacts may be the major talking point but for many in the industry that will be the next step. Simply getting sports betting legal will put us on a path towards successful sports betting operators. But before all of that, the Federal Court of Appeals in Philadelphia is going to have its say – and it’s a say that could have a huge impact for the US gambling industry.