Home / Sports / Fantasy sports betting getting no interest in the AC 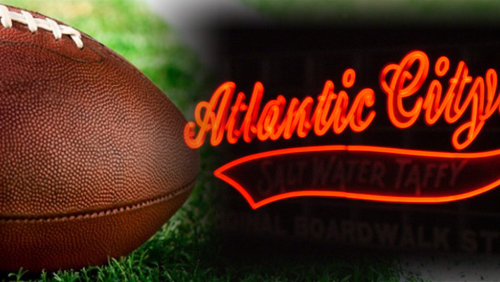 Fantasy sports betting, especially in football, may have turned into a worldwide phenomenon, but it’s far from the touchdown people hoped it would be, specifically at Atlantic City casinos.

New Jersey casino regulators approved a measure to allow fantasy sports betting in Atlantic City last March as an attempt to attract new gamblers to the drowning market. But so far, the reception has been more tepid than crazed; indifferent more than ecstatic.

Five months after the go-signal was given and less than two weeks before the NFL season kicks off, fantasy sports betting in Atlantic City has received little to no interest from casinos, gamblers, and sports fans.

To be fair, the casino’s decision to stay away from fantasy sports betting is largely attributed to the belief that the game has become so popular and mainstream that people don’t have to go to casinos to enjoy the spoils of fantasy sports betting. All they need to do is start a league with a group of friends, put some cash on a fish bowl, and get their league started.

Nothing beats being able to gamble from your own couch and not having to make the drive just to get your fantasy line-up sorted out week to week.

Joe Lupo, senior vice president of operations at Borgata, echoed the same sentiments when he told the PofAC, “One of the reasons some of the casinos may not be doing it is, it’s already available to the consumer on a very broad media platform”.

Not surprisingly, Borgata has no plans to offer fantasy sports betting to its customers anytime soon.

It’s all about the actual games

Instead of wasting precious resources offering a game that’s generated little interest from its customers, Borgata, like the rest of the casinos in Atlantic City, is putting all of its time and effort in the actual games, which generates a boatload of money for the establishments once the season is underway.

There’s still no sports betting in Atlantic City but that hasn’t stopped casinos from offering sports-themed promotions that’s geared towards customers enjoying the benefits of their NFL fandom while also opening themselves up for a chance to win some money.

“Pick’em” games are particularly popular and some casinos have tied up their promotions on that premise wherein the customer that picks the most winners in NFL games over the course of a season stands to win up to $1 million.

Just don’t expect fantasy sports betting to be part of that equation anytime soon. The demand for it isn’t that high enough to justify the sizable investment that needs to be made to ensure its success. And so as long as people from the state, the country, and the world, for that matter, can enjoy the spoils of fantasy sports betting from their own homes, don’t expect these casinos to adopt something similar to it.