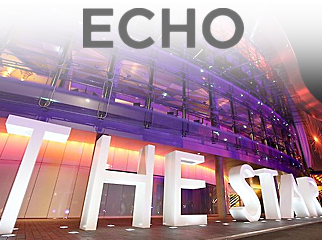 Australian casino operator Echo Entertainment nearly doubled its profit in its most recent fiscal year, despite continued poor performance by its properties in Queensland. Echo’s overall revenue in the 12 months ending June 30 was up 7.5% to A$1.7b, earnings were up 31.3% to $188.6m and profit rose 97.9% to $83.5m, although normalized profit fell 15.5% to $126.9m after accounting for higher taxation rates and depreciation costs.

Echo’s $870m refurbishing of its Sydney casino The Star apparently worked, with the property reporting normalized revenue up 12.7% and earnings up 6.1% to $260.3m. It was a different story in Queensland, where Echo’s three properties reported normalized revenue down 1.7% and earnings down 6.9% to $131.1m. Echo’s overall normalized VIP gaming revenue rose 26.9% thanks to a 34.6% rise in turnover and a 0.22 point rise in win rate to 1.62%.

Looking ahead, normalized revenue for the first seven weeks of the new fiscal year is up 9.6% thanks to strong growth in the VIP sector. Echo CEO John Redmond said he was confident of The Star’s ability to produce “consistent revenue growth and improved operating leverage” in the coming year and beyond. But the Queensland properties “will not reach their potential until further significant investment is made.”

Having lost its fight to retain its Sydney casino monopoly past 2019, Echo is looking to bolster its Queensland operations. Redmond says the Brisbane, Gold Coast and Townville casinos lack the scale and flash necessary to attract Asian VIPs. Echo’s VIP turnover in Queensland fell 19% over the past year, whereas The Star’s VIP turnover rose 29%. Problem is, Echo’s $1.3b proposal to relocate its Treasury Casino in Brisbane and expand the Jupiters Gold Coast facility is squaring off with a rival Brisbane proposal from Crown Ltd., while Hong Kong billionaire Tony Fung wants to build a $4.2b resort-casino further north in Cairns.

Meanwhile, The Star is under fire by New South Wales gambling regulators for distributing $90k to 18 high-rollers as part of a Chinese New Year promotional lottery in February. The Star offered VIPs in its Sovereign Room the opportunity to win a $1m prize, with one chance to win offered for every $30k wagered. The 18 gamblers in question were each awarded $5k via the drawing. NSW regulations prohibit issuing cash prizes to gamblers between 10pm and 8am (although an electronic bank deposit is okay). The matter is up for a hearing in Downing Center Local Court next week, and if found guilty, The Star could be liable for fines of $40k.