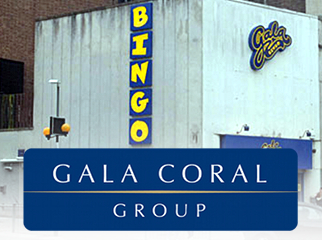 UK bookies Coral are £985k richer following Saturday’s 1-1 draw between Scottish football foes Hibernian and Dundee United. Technically, Coral are £985k less poor, but the net result was the same for an unidentified bettor who needed a Hibs victory to complete a 15-game accumulator with a £1m payday. Under Coral’s guidelines, the draw meant the punter had to be satisfied with a 10-game payout of £15k, so it seems Hibs midfielder Kevin Thompson wasn’t the only one who got sent off on Saturday.

Coral’s parent Gala Coral Group saw gross profit rise 3% to £193.9m in its fiscal Q3. Earnings for the 12 weeks ending July 6 were up 7% to £57.4m and net debt shrunk £128.9m to £1.193b thanks to a prepayment from the May 12 completion of its £179m sale of 19 casinos to the Rank Group. (The group’s results include four weeks and one day during which those casinos were still contributing to the bottom line.)

At the UK retail level, Coral shops generated 4% more gross profit but earnings fell to £35.4m (-8%), for which the company blames the previous year having enjoyed a £5.9m boost from both Euro 2012 and the Aintree festival (which ran in Q2 this year). Both OTC betting and fixed-odds betting terminals (FOBT) saw turnover decline slightly but the FOBTs enjoyed a 4% bump in gross win while OTC win fell 3%.

Gala Retail continues to be the group’s ugly stepsister, with admissions off 6%, spend per head off 4%, gross profit off 9% and earnings off 21% to £11.9m. Gala Casino’s numbers were essentially flat but Gala Bingo gross profits slipped £4.9m to £47.8m and earnings fell £3.1m to £11.9. The only positive was a 5% reduction in costs, but this was mainly due to cutting payroll. The company claims to be encouraged by the results of new price trials, but like Ladbrokes, the company says the heat isn’t helping.

Gross profit at the group’s Italian-facing Eurobet operation was flat as were earnings at £2m. Eurobet boosted its online market share to 9% from 7.2% as sports turnover rose 44% and gross win rose 58% to £18.6m. Thanks in part to a wider variety of online games, other stakes rose 25% while gross win grew 15% to £5.4m. Eurobet’s retail betting share rose to 7.5% from 6.3%. as both turnover and gross win rose 13%. Eurobet opened the first of 500 new shops at the end of July and CEO Carl Leaver says the rollout should be three-quarters complete by the end of 2013. Eurobet recently signed on as league sponsor of Italy’s Lega Serie B.