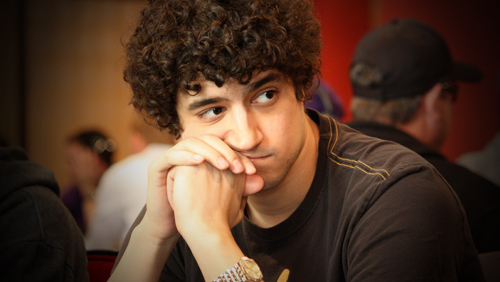 The World Series of Poker (WSOP) bracelet holder Jon Aguiar has decided to retire from professional poker to concentrate on a new career as VIP Relationship Manager with the fantasy sports outfit DraftKings.

Aguiar won his bracelet at the 2012 World Series of Poker Europe (WSOPE), when he took down €258,047 for his victory in the €10,000 Mixed-Max event, after beating Brandon Cantu in a much publicized heads-up final that played out over two separate days.

The man who carried the online pseudonym ‘FatalError’ will be hoping he won’t be making one when he moves to Boston to take up his new role in the coming weeks. Aguiar has been a professional poker player since 2005.

In the past few years I have been fortunate to interview a very wide and expansive group of professional poker players; and you will be surprised by how many of them are just waiting for an opportunity to leave just like Aguiar. It’s tough to be a professional poker player. They say it’s a game of skill and yet all of the players I meet who wish to leave are doing so because they are missing their slices of luck.

I tried to become a professional poker player when I left the Rail Industry about three years ago. I didn’t want millions. I just wanted a few thousand per month to help me as I worked my way from the iron road to the role of life coach. All of the poker books, training sites and interviews with professional poker players made me realize that I needed to have some pretty strict bankroll management rules. This meant that I had to start from the bottom and work my way up and as a gambling man at heart that held little comfort for me. I started to hate the win some, lose some style of the games. People kept talking about heaters but I never felt them. People kept saying I would get my bout of luck but I never did.

Eventually, I started to earn the money I needed through writing. In order to get better at poker I needed to invest more time and I couldn’t balance the two. I decided to go for the sure thing and focus on my writing and retire from a poker life that never truly begun. It was a great decision.

The players I speak to who say they want to leave the industry have the same problems I faced when I tried my luck. I am talking about players who used to play in all of the major poker tournaments the world has to offer. But these days the well is running dry. The luck never arrived and they have a serious dilemma on their hands. Do they continue to lose what very little money they have, or do they have to find a ‘real’ job?

These people all have one thing in common – they have never had any other job before. They are destined to sit across the table from an interviewer whilst trying to explain that they have spent the past seven years of their lives gambling.

“So how did that work out son?”

On one hand it’s a beautiful thing. To find the life they did, and to travel around the world when they did was something I wish I did in my youth. This is another reason why Aguiar’s decision to quit poker and try to earn money elsewhere is a good one. When youth flies away and you one day fall in love, how can you support a family and operate in the role of father and husband whilst trying to earn a living traveling the globe playing a game where you may or may not win enough money for the next Sunday roast?

I am heading to WPT Cyprus next week. The pros tell me it’s one of the easiest fields of the year because it is teeming with fish; a statement that means nothing to a player struggling to get the buy-in. It doesn’t matter if the field is teeming with fish, because you are still going to need a huge amount of luck to get through the 200-300 players that will all make the trip. Suddenly, that’s €4.4k looks huge when you consider it is going to allow you to pay your bills for the next few months.

There isn’t anyone to lend money from anymore. Nobody has any. When it comes to selecting your choice of career, a backer in poker is about as popular as a door-to-door coal merchant. You can head to the forums, or social media, and sell packages piecemeal in the vain hope that you will get that slice of luck, but that’s no life. The stress that life brings to you is hardly worth it, and what about the trips around the world? We always go to the same places. Venice was great when I first went there, but after five visits it looks no different than Ogmore Vale.

I think there will be more people like Jon Aguiar, except they all won’t be leaving through the front door. Pride is a bastard of a thing and poker players have it more than most. There is a stubbornness from the people who want to leave. They are truly great players and they still believe that there day will come.

“Just one more six or seven figure score and I can get out.”

If I had a penny each time I heard that sentence I could do an Aguiar and get out myself.