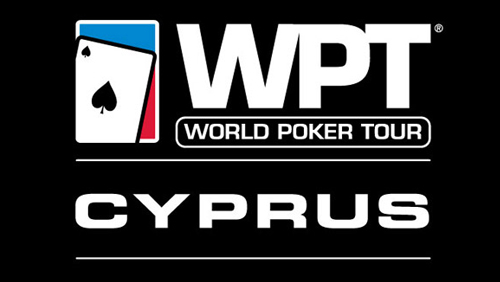 Those with any money, or sanity, left after six weeks of debauchery in the desert will be looking forward to the new season of the World Poker Tour (WPT). It will be the shows 12th season, and as it did last year, it will kick things off with the bwin sponsored WPT Merit Cyprus Classic with the main event running Aug 16-21.

The buy-in will be $4,000+$400 and the Merit Crystal Cove Hotel and Casino is a well-known hotspot for some rather juicy cash game action. It is, without doubt, one of the best WPT stops in terms of value for any professional poker player; with a large number of recreational players always involved in the field.

Last year the tour started things in style after Marvin Rettenmaier became the first player in the tours history to win back-to-back Main Event final tables. The German followed up his Season X finale win at the WPT Championships at The Bellagio, with his successful raid on the goods in Cyprus. Robert Mizrachi and the Season XI WPT Championship winner, Chino Rheem, also went deep last year.

It’s not only a great attraction because of the value in the field, it is also an amazing venue for the players to kick back, relax and have some fun. The cash game action is amazing and there is always free food and drinks for the players. The weather is always gorgeous making the outside pool a must visit each morning before the games start, and the hotel is situated on the Mediterranean coast with great access to swim and chill out at the waters edge.

The poker player parties are something that everyone looks forward to and the WPT Cyprus show is a real treat. This year promises to be the same with another big budget beach party planned with world class DJ’s and surprise live performances.

The PartyPoker Big Game VII will also be making an appearance at the WPT Merit Cyprus Classic. Matchroom Sports will once again team up with commentator Jesse May, and the PartyPoker host Kara Scott, to bring you televised coverage of the 12hr cash game that starts on Thursday 15th August.

Players scheduled to participate in the action include Sam Trickett, Chino Rheem, Michael Mizrachi and his brothers Robert, Donny and Eric, Daniel ‘Jungleman’ Cates, Dominik Nitsche and Kelly Kim. Two seats will also be reserved for the local hometown talent just to spice things up a bit.

The blinds will be $50/$100 with a $200 straddle (subject to player agreement), something that did not happen between Tony G and Toby Lewis, after G launched a tirade onto the young IveyPoker Pro when he refused to straddle in the Big Game in Barcelona earlier this year.

The whole event will be streamed live with hole cards on PartyPoker’s Facebook Page and fans will be able to evict players every three hours based on a voting system.

The Road to Old Trafford

Before PartyPoker head over to Cyprus they have a planned stop at the Theatre of Dreams, Old Trafford, the home of Manchester United Football Club. The two-day main event starts on Friday 8 August and is an affordable price of $400.

The event sounds like a must for football fans with former United legends Bryan Robson, Norman Whiteside, Dwight Yorke and Quinton Fortune all expected to play. PartyPoker are also giving away a lot of United prizes including several free tickets to watch Rio Ferdinand’s testimonial against Seville if people should bust early on the first day of action.

The marketing department over at the Crown Casino, Melbourne, is well ahead of things with the release of the schedule for the 2014 Aussie Millions. One of the biggest events in the Asian-Pacific calendar will operate its poker championships between 23 January and 10 February, with the Main Event starting on 1 February.