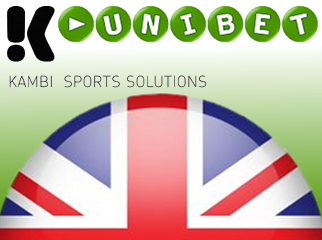 Nordic online gambling operator Unibet released its interim earnings report, revealing across the board increases in revenue, earnings and profits in the three months ending June 30. Compared to the same period last year, revenue went from £45.3m to £54.1m, earnings rose to £12m from £11.8m, while operating profit increased to £7.3m from £6.4m and profit after tax rose to £6.7m from £5.7m.

Sportsbook revenue was up 19% despite Unibet CEO Henrik Tjärnström saying sports betting margins were “slightly below the long-term average and also lower than the same period in 2012.” Unibet’s poker revenue was also shaky, down 23% in Q2. On a more positive note, Unibet’s active customer ranks grew to 446k from 427k and Tjärnström said the good times have carried on into the first five weeks of Q3, with average daily gross winnings revenue up 10% over the same period in 2012.

Highlights from the quarter include the launch in May of a full service sportsbook with 888 Holdings courtesy of Unibet subsidiary Kambi Sports Solutions and a deal with NYX Interactive to incorporate its game content into Unibet’s casino suite. The latter deal was described at the time as intended to help boost Unibet’s mobile strategy, and lo and behold, Tjärnström says the company’s mobile product’s share of overall revenue has risen from 8% last year to 19% this year.

Going forward, Unibet launched an Estonian-facing site last month, and Tjärnström has high hopes of Unibet eventually becoming a “top five” sportsbook in the UK. While that sounds like a tall order in such a mature market, Tjärnström told eGamingReview that it was “absolutely possible” although he qualified his comment by admitting it was a “long term” goal. Regardless, Tjärnström claims to have already seen “very positive signs with customer intake and activity” following the launch of a major TV ad campaign in May.