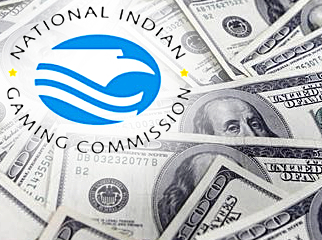 Tribal gaming operations in the United States saw gross gaming revenue rise 2.7% to $27.9b in 2012, according to figures released this week by the National Indian Gaming Commission (NIGC). Tracie Stevens, NIGC chairwoman, reported that the improved revenue total represents a new record for the tribal gaming sector and marks the third consecutive year of growth following the 2008 recession. Since 2010, tribal GGR has grown an average of 3% per year, leading Stevens to observe: “For those who judge casino spending as an indicator of increased discretionary spending and economic recovery, 2012 revenues certainly display economic encouragement.”

The NIGC breaks the country down into seven gaming regions, all of which reported improved GGR in 2012. The largest gains in monetary terms ($233m, +5.1%) were seen in the St. Paul Region, which encompasses 120 gaming operations across nine Great Plains states. The Tulsa Region, which contains 64 operations in Kansas and eastern Oklahoma, grew the most in percentage terms ($125m, +6.6%). The Oklahoma City Region, which includes the western part of the state as well as Texas, was second on the percentage gainer chart, rising 5.8% to $1.8b. Full results from each region are listed in the graphic below. 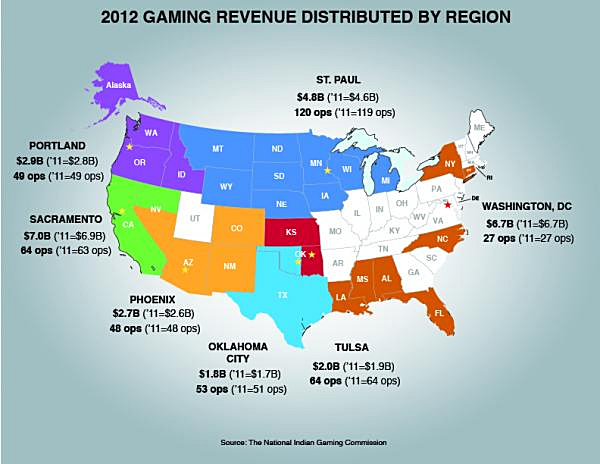