Home / Business / Lebanon blocks online gambling sites, but exceptions can be made 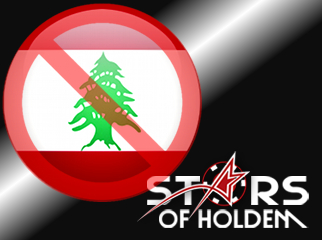 Last month, US lottery and gaming tech outfit Scientific Games Corporation (SGC) announced it had inked a two-year extension of its deal with the Israeli Sports Betting Board (ISBB). The partnership, which has been in place since 2006, has now been extended to Feb. 2016. SGC provides the ISBB with a central management system and 1,800 WAVE terminals for the ISBB’s 1,600 points-of-sale throughout Israel.

But things are not all kosher in the world of Israeli gambling. Knesset member Yisrael Hasson just introduced a bill that would ban betting on any event involving animals, including horseracing. Hakoi Chai (think the Israeli PETA) issued a statement Monday saying “suffering and cruelty are inherent” in the racing industry, and saluting Hasson’s bill, which would punish violators with fines or up to a year in prison. Israel actually doesn’t have much of a horseracing industry, making Hasson’s bill more of a pre-emptive strike against “importing evils” from other race-friendly nations.

PUTTING THE ‘NON’ IN LEBANON’S ONLINE GAMBLING WORLD
Across the border in Lebanon, gambling is the sole province of Beirut’s Casino du Liban, the country’s only legally sanctioned gaming establishment. The desire to maintain this monopoly has led to the Lebanese government’s recent decision to block international online gambling sites, including PokerStars, Bet365, Betfair, Bwin, William Hill and others. News of the blocking originally surfaced via the Blog Baladi, which prompted members of the Twittersphere to query Telecommunications Minister Nicolas Sehnaoui, who confirmed the blocking this week.

Sehnaoui expressed sympathy with Lebanese gamblers who could no longer access their online accounts, but said the order had been “issued by the highest judge” to comply with Decree 6919, the 1995 law that gave Casino du Liban’s its gambling monopoly in order to “protect public morals.” Sehnaoui tweeted that he’d “went to see [the judge] to plead against the decision but couldn’t convince him.”

However, the original Blog Baladi post claimed that at least one online gambling site was still accessible. Starsofholdem.com is a Costa Rica-registered site operated by London-based StarsofHoldem Group. According to the blog post, the Starsofholdem’s support staff said the site would be unaffected by the Lebanese crackdown “because they pay taxes to the government.” What was that about protecting public morals…?