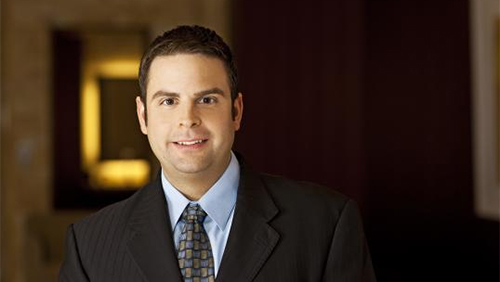 The World Series of Poker (WSOP) Tournament Director, Jack Effel, is a difficult man to track down. It took me 28-days to finally grab a moment of his precious time. But what do you expect? He’s the conductor, the first team coach, the boss, the lead singer and the songwriter; he’s the man who holds all of the strings that operate the greatest poker tournament the world has ever seen.

A former dealer, supervisor and poker room manager; Effel is a very experienced man when it comes to the day-to-day operations of a poker tournament. He knows how every part of his system ticks, and when he is on point, his team is on point, and that means a lot of happy players.

“My job with the WSOP is to help organize all the WSOP events around the world. I play a part setting up the WSOP Circuit events, WSOP Europe, WSOP-Asia Pacific and WSOP Africa,” Says Effel before continuing, “In Las Vegas I help set up the event, hire the staff and run the day-to-day operations of the event.”

With over 1,500 employees to manage he certainly has his hands full. But he is quick to point out that he is far from a one-man band.

“It’s all about having the right people around you, people whom you can trust. I am very proud of the entire team. They have done an exceptional job, yet again, this year.”

So when it comes to that time of the year when Caesars Entertainment carries out their performance reviews. How is Jack Effel judged? What measures are applied to the position of the WSOP TD? What does success look like?

“Success is the players experience. That they came to the event – win or lose – and they felt the competition was good, that they enjoyed it, that the structure was great, that registration wasn’t painful, that customer service issues were minimal, that minimal dealer mistakes were made and minimal incorrect floor decisions were made.

“It’s not what we do, but how we do it. We are not judged on what went right. We are judged on how we handled the things that went wrong. So the questions I ask are ‘Did we do a good job?’ and ‘could we do it better?’”

At the end of his recent WSOP bracelet victory, Eli Elezra told PokerNews that the WSOP had made life easy for him because they were running a superb tournament, ‘but it hadn’t always been like this.’ I was interested in learning what they were doing so right that prompted the comment from Elezra.

“The WSOP is the largest event in the world. We were the first to run events of this size, and there were things we didn’t know when we started doing it. Sure we made mistakes, but we also rectified those mistakes. We simply didn’t know an awful lot in the early days. We were constantly trying to keep ahead of the big boulder in the Indiana Jones movie. We would run but it would always run us over. These days we can see it coming and so we can react. We are always improving. We are humble, we listen to players and we understand that we don’t know everything and that we always have so much to learn.”

If you were to rewind the action back just a few years, Effel was a different man. He was a big man. But these days he looks the picture of health. He is lean, mean and and quite clearly keen. So what was the catalyst for his change?

“It was my kids. My twins were born and I was 275 pounds and miserable. I realized that I needed to live longer so I could see them grow up. I went to my doctor and he put me on a very strict diet for four months. I lost 96 pounds and then decided to take care of myself. These days I am trying to embrace the fitness side of things, whilst maintaining my habit of eating healthily. If I am strong physically, then I am strong mentally.”

As the TD for the largest, and most prestigious, poker series in the world it’s no surprise that Effel is on the board of directors for the Tournament Directors Association (TDA). An organization that was recently put under the spotlight after a series of proposed rule changes drew the ire of Daniel Negreanu.

“The TDA is a very positive thing for poker. It’s a unique situation for me because I am off on this little island called the WSOP. There is nothing else like this in the world. As much as you would want to say the rules for the $10 tournament down the road is the same as the WSOP, I mean no disrespect, but there’s a difference. 90-95% of all the rules that have been created apply to the WSOP. Maybe a few don’t fit into my box, because I do house the stars of the game and they are sometimes playing multiple events, but I am honored to be a part of the TDA and I think we all do a tremendous job.

“I think from an operational standpoint, the first card off the deck rule makes perfect sense. I will even go on the record and admit that I agreed with the rule change at the conference. But as time has past, and I have listened to the feedback, I am having second thoughts.”

So what’s leading to those second thoughts?

“I was watching Daniel {Negreanu} play on Day 1C and there were at least 20-people trying to get his autograph by the rail; trying to get photos and talking to him…so the first card off the deck is not conducive for that situation. The same is true for something else that’s unique for the WSOP and that’s the people who find themselves playing multiple events. Once again the rule isn’t conducive.

“The great thing about the timing of the WSOP, is I have the ability to see how the rule works in other tournaments, listen to the feedback and then make a more informed decision if it fits within the WSOP.”

I finished things off by asking Effel what his fondest memories of the WSOP were? He went silent as his mind raced through all those years. I watched him as his brain whirred away and he was smiling. Yet again I have found a man who truly loves what he does.

“When the main event winner is crowned is always a pretty magical moment. It’s a culmination of the whole year for us. When you are on the Penn & Teller stage and that last card is dealt, and everyone goes crazy; then the tears come out when you are handing out that bracelet.  It’s a significant moment for all of us. It gives you the chills.”