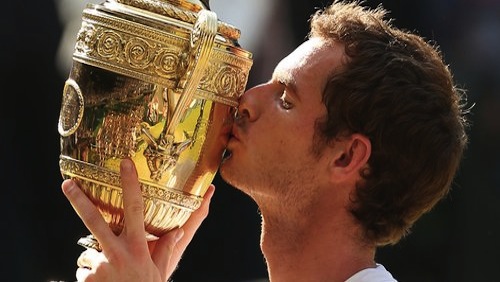 By now, everybody in Britain has probably had enough time to think about the historical triumph of Andy Murray at Wimbledon. Seeing as he became the first British male player to win a singles title at the All-England Club in 77 years, it was a drought that had vexed the country for so long.

So when Murray shockingly romped world number 1 Novak Djokovic at the men’s finals, it certainly felt like 77 year’s worth of despair was finally purged and thrown into the English Channel. Understandably, most of Britain celebrated with the fervor of unbridled euphoria of seeing a hometown boy finally taking down Wimbledon.

We say ‘most’ because not everybody was cheering on Murray to win and that minority includes UK bookmakers, who took a significant hit at a reported tune of  £15 million.

Hard as it is to take bets for a man the whole country was rooting for, it had been a successful formula for UK bookmakers for so long. And besides, bookies had Djokovic to root for and well, that  whole 77 year-drought had been on their side for so long that the drought looked more and more like the British version of the Curse of the Bambino.

But like the Boston Red Sox of 2004, Andy Murray stared at history and refused to budge, taking home the title much to the dismay of some of the biggest UK bookmakers.

According to the Independent, Ladbrokes estimated Murray’s stunning Wimbledon costing bookmakers in the eight-figure range, exacerbated during the run of the tournament when Murray’s biggest obstacles in his half of the draw – Rafael Nadal and Roger Federer – both got booted out in the first few rounds of the  tournament in equally stunning fashion. With the threats seemingly out of the way, Murray became more and more of a popular bet, and those who did jump on his bandwagon were rewarded handsomely in the end.

Despite taking a massive hit on Murray’s win, UK bookmakers at least had some money to work with after cashing in from a windfall of upsets that included Nadal, Federer, and even  the supposedly unbeatable Serena Williams. “Until [the finals], we were having our best-ever Wimbledon,” A Hills spokesman told the Independent. “Serena Williams losing was also huge for us because everybody assumed she was unbeatable.”

But all that money on the plus side ended up going the way of Murray supporters, who not only have his history-making win to be happy about, but also the money they probably recouped from all those years of fruitless frustration.