The 44th Annual World Series of Poker (WSOP) has reached a climax that Jenna Jameson would be proud of. I am, of course, talking about the WSOP Main Event. The event that the amateur’s think is the most difficult tournament in the world, and the professionals think is the easiest. 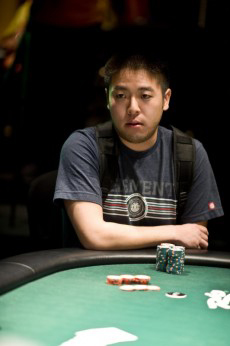 The journey has been exciting, exhilarating and energy sapping. Jack Effel has handed out 61-gold bracelets and I am here to bring you details of the final three that were recently handed out in Events #58, 60 & 61.

When I reported on this event, yesterday, there were just five players remaining: Nghi Tran, Justin Zaki, Roland Israelashvili, Cuong Van Nguyen and Yoon. Tran was trying to capture the eleventh gold bracelet for Canada, but he fell in fifth place courtesy of Yoon, who called the short stack shove with [9h] [7c] only to hit a [9d] on the turn to beat the pocket sevens of the Canadian.

Justin Zaki was the next player eliminated and once again Yoon was his vanquisher. This time the ace-jack of Yoon out flipping the pocket nines of Zaki – a jack on the flop sending Zaki to the rail. Roland Isrealashvili was Yoon’s next victim. Ace-queen doing the job against the king-queen of Isrealashvili, to set up a heads up encounter with Cuong Van Nguyen. It was an exceedingly one-sided affair with Yoon creating an insurmountable chip lead. The end finally coming with the king queen suited of Yoon defeating the ten-eight off suit of Van Nguyen to crown our champion.

Loni Hardwood must be pinching herself this morning.

The $609,017 that Harwood took for first now means she has pocketed over $800,000 during this series. Harwood became the second woman to win an open event at this series; just days after Dana Castaneda took first in Event #54.

Hardwood managed to defeated 2,540 players including a final table that contained the likes of Hiren ‘Sunny’ Patel and Mika Paasonen to take the title.

What is it with Daniel Alaei and $10k Pot-Limit Omaha (PLO) tournaments?

Alaei overcame a tough final table that included the likes of Tom Marchese and Alex Kravchenko to once again win the title that he first won back in 2010.

“I’m very happy. The whole time I was thinking about my Dad. He has always been my biggest supporter and he passed away in December. He has always been here for all of my victories and I think he would have been very proud of me today.” Alaei told the PokerNews sideline reporter Lynn Gilmartin after his victory.