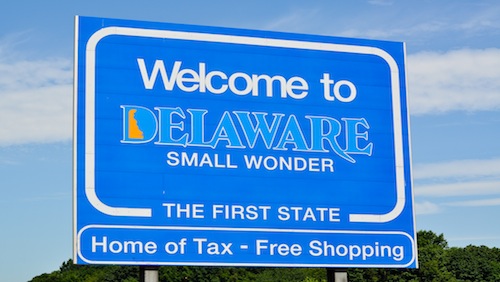 After more than a year of deliberation, the state of Delaware has finally released its online gaming regulations. While it’s still considered a proposal, its unveiling is no less relevant a little over a year after state governor Jack Markell added his signature to the state’s online gambling legislation, the Delaware Gaming Competitiveness Act of 2012. Markell’s John Hancock on the legislation gave Delaware the distinction of being the first US state to legalize online gambling other than poker, including slots and table games, and setting into motion the drafting of the state’s online gaming rules.

The proposal is extensive, to say the least, highlighting numerous requirements and amendments deemed critical for applicants if they’re looking to enter into the market. These amendments will now include new Internet Lotter regulations, something the legislation describes as “all lottery games in which the player’s interaction with the game operated by the Office occurs over the Internet (which, for purposes of this chapter, shall include any public or private computer or terminal network, whether linked electronically, wirelessly, through optical networking technology or other means), including Internet ticket games, the Internet video lottery and Internet table games.”

Taken as a whole, the proposed regulations will set rules and parameters for a number of sectors, including minimum internal controls, vendor licensing, employee licensing, approval of gaming equipment, and other operational standards.

One of the most important rules of the proposal is the banning of anyone that has been convicted of a felony or any gaming related crime from having anything to do with the online gambling industry in the state. This also includes any person or company that has failed to adhere to applicable tax laws of the “federal, state, or local governments”.

While other states are putting in a bad actor clause on their legislation to keep certain companies from entering their markets, Delaware is doing it a little differently, leaving the clause entirely out of the regulations but empowering the Division of Gaming Enforcement (DGE) to approve or restrict a applicant. The grounds for exclusion, as detailed in the proposal, including applicants who have been convicted of a felony or gaming related crime in the previous ten years, or are associated with individuals or companies that are considered lacking in “high” moral character.

Should a company that has been contracted by a licensed Delaware online gaming company decide to take up that offer, said company is required by the proposed legislation to apply for a license in the state if its business a) requires verifying player identities, or b) is involved in the outcome of a wager. This clause was likely included in the legislation to give Delaware a transparent look at all the applicants and the companies that will be applying for a license in the state.

However, the state will make an exception for a company that has already secured an online gaming license in a separate jurisdiction (likely being Nevada and New Jersey) that carries the same or harsher requirements imposed by Delaware. Should that be the case, the state reserves the right to allow the applicant to skip certain steps in the state’s licensing process.

Another important distinction – or clarification, depending on how you interpret it – is that the Delaware Lottery will be the ones to operate all online games, meaning that licenses will be handed down to either technology or service providers. If a technology provider already has a license to offer games in the state’s Video Lottery casinos, said company won’t be subjected to the $4,000 application fee required from a licensed technology company. It’s a different case, though, for service providers, particularly those with an annual revenue of $100,000 from a single licensee or if $150,000 among all Delaware licensees. A $2,000 fee is required for every service provider with the exception of payment processors.

If you’re looking to read the entire online gambling regulations proposal, you can do so by going here.

From here, the state will be looking into public comments until the end of the month before the regulations take effect.