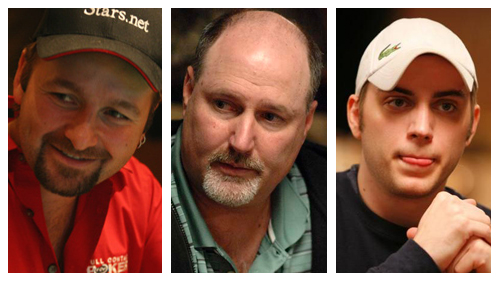 Last night on Twitter I saw a tweet that piqued my interest. It’s since been deleted, but it came from a player who’s enjoying a pretty good run at this summer’s WSOP. In it this player voiced some disbelief that Daniel Negreanu, who won the WSOP APAC Main Event and has six other WSOP cashes this year, is still ahead of a few other players who’ve enjoyed big results in Vegas. It implied that the WSOP’s Player Of The Year formula needs to be restructured because Kid Poker’s accomplishments aren’t as impressive as the others’. The thing is, this year’s POY formula is probably the best one there’s ever been.

All of the past WSOP Player of the Year formulas left something to be desired. For years the Series’ management held that the Main Event and other high-dollar tournaments shouldn’t count. Then the $50K HORSE counted, but the Main Event didn’t. Then both events counted, but tournaments at WSOP Europe didn’t. And for the longest time, factors like field size and buy-in were given no weight at all, making it hard to split the difference between impressive performances.

Now in its 10th iteration, this year’s WSOP POY formula takes more factors into account than any past version. It features standard point awards for all the various tournament structures. Those points are multiplied by factors for the buy-in level and the size of the tournament field. And every open event on the WSOP schedule, regardless of where in the world it takes place, counts in the standings. This makes the game of comparing apples to oranges to determine the best poker player of the year more viable than it’s ever been before. To see just how much better it is, just look closely at the current standings and how each player earned his points.

– Negreanu had 470.53 total points as of last night. The bulk of that total, 360 points, came from winning the Main Event bracelet at WSOP APAC back in the spring. He made another final table in Australia, finishing fourth, and has five cashes (12th place, 26th, 49th, 39th, and 34th) in Las Vegas this summer.

– David “Bakes” Baker had 414.10 points as of last night. He hasn’t won a bracelet yet but he does have six cashes, four of which have been final table appearances. The closest he’s come so far is second place in the $10,000 Deuce-to-Seven NL Single Draw event.

– Daniel Kelly had 344.70 points last night. Kelly got off to a quick start with two final tables in the first week; since then he has added six more for a total of eight cashes, but none has been higher than 10th place.

The WSOP POY formula places a premium on two things, the size of the buy-in and closing. (Coffee is for closers, and so are bracelets and POY points.) Just a tiny difference in in buy-in or finishing position for some big changes in the standings:

– Had Negreanu finished second at WSOP APAC instead of winning, he would have 362.53 points and be in fourth place in the POY standings instead of first.

– If Schneider’s $1,500 HORSE tournament had carried a slightly higher price tag of $2,500, he would have earned an extra 49.5 points – and he’d have the lead just ahead of Negreanu in the POY race.

– If David Baker had won Event 43 instead of finishing second, he would have earned an extra 74 points – and he’d be just ahead of Negreanu in the race right now.

– If Jared Hamby’s fourth-place finish in Event 2 had been a win, he would have earned another 134.4 points – and his second bracelet would have made him the first player to top 500 points in this year’s POY race.

– If Daniel Kelly had won either of his final table appearances, or managed to get to at least heads-up play in either of the tournaments where he busted just before the final table, he would currently hold the lead.

Having so many players grouped so tightly in the standings says to me that the system is working. The only question mark is whether Tom Schneider’s two bracelets – both in a mixed-game format – should be worth more than Negreanu’s one bracelet in a single-game event with a higher buy-in. (Perhaps the formula will see another change in the future add a multiplier for the number of games played in the tournament’s format, giving those who demonstrate mastery of mixed games some credit in the standings.) Other than that, it’s clear that strong performances of all sorts are being rewarded.

The best part, though, is that the race is far from over. In fact, it’s conceivable that, even as well as they’ve played so far this year, all of the top five players could be completely out of the picture by the time the November Nine rolls around. For starters, the WSOP Main Event winner will be awarded 500 points; that’s more than anyone has currently amassed after five events in Australia and 44 more in Las Vegas. And even when the Rio is done with the Series for the summer, there will be seven tournaments at WSOP Europe which will count toward the standings, too. The last two years have seen the WSOP POY race come down to how players performed in Europe and in the November Nine. It’s too early to tell yet whether this year’s race will play out in similar fashion, since theoretically somebody could still run away with the title. But with winners being duly rewarded in the standings and many paths to the top available, I think it’s pretty clear the the formula is working out very well.